Community Has Been Canceled 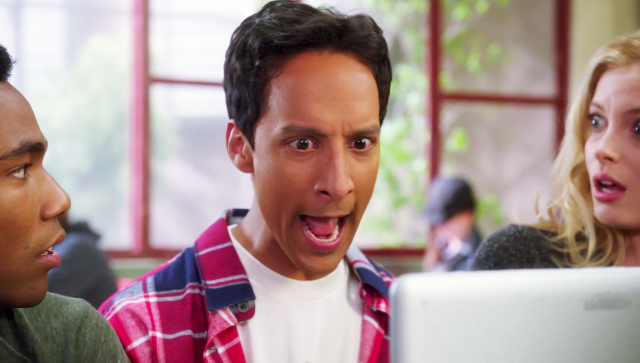 There is no joy in Greendale, friends and fellow study group members. Though NBC has yet to place the final nail in the coffin, it appears to be official: mighty Community has struck out.

As to be expected, no one is taking this well.

But in the wake of this tragedy, let’s try to remember the upside. Imagine how much more upset you’d be, for example, if they’d cancelled it last year during its fourth season after firing showrunner Dan Harmon and swerving the series on a headfirst collision path straight into the ground. At least we got the chance to see the show end on top, rather than going gentle into that good night.

Also, we have that canon ending that the writers graciously bestowed on us at the end of season five’s finale: humanity was destroyed by meteors! That’s a totally satisfying conclusion to one of our favorite shows ever, right?

Joking, GIFS, and hyperbole aside (though I will never apologize for quoting Dylan Thomas under any circumstance): thanks for all the laughs, Community. We’re going to miss you a lot.