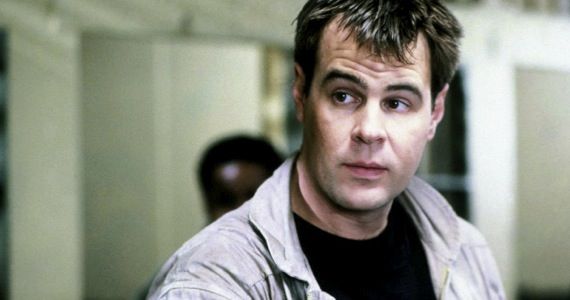 Dan Aykroyd had more than a few words for some of those terrible people who harassed Leslie Jones on Twitter the other night. He spoke with ET Canada about what happened, commenting on the situation and unloading on the relentless mob who went after Jones. Aykroyd said, “These people, they’re insignificant gnats, they’re losers, they have no lives of their own, they can probably barely pay for the Wi-Fi they’re using.” But that wasn’t all. He continued, saying, “I would say you’re looking at obese white men between 50 and 60 who are active Klan members or members of the Aryan Nation and there are millions of them.”

Given the current political climate, Aykroyd also found a way to link his commentary to the political sideshow that is the Republican National Convention and the 2016 election. “I’m afraid to say that that contingency will be voting for the Republican ticket,” he said. “Pretty much that’s what the statistics are indicating, that there’s a lot of white racist hatred out there that’s going to channel into a support for the Republican ticket, maybe in the false belief that these people share their views.”

Finally, Aykroyd wrapped up his comments. “I don’t think that Trump and Pence are as racist as the people who attacked Leslie Jones, I really don’t. Trump may be saying some things to go that way to get some votes but—well, I don’t know.”

You’ll remember that Aykroyd came out in defense of the movie on multiple occasions, both before and after its release. It’s heartening to see that he’s down to not only defend the movie but also its stars, especially Jones.

Not to sound like a pessimist, but it’s unlikely that his comments will actually cause any of these Twitter-based blowhards to change their tune. Lest we forget, what Jones experienced on Twitter is one (incredibly egregious) example of what prominent women on Twitter go through nearly every single day. What transpired did, however, result in the banning of one notable Conservative writer, Milo Yiannopoulos.

Jones, especially, faced a particularly nasty onslaught because she’s a woman of color, as well; other prominent white women have plenty of things going for them when they find themselves in situations like this. That’s not to say anyone inherently has it harder or anything (this isn’t oppression Olympics, after all), but just that there’s a definite subset of women who have way more tools to deal with harassment than others.

All that being said, I’m very, very glad that Aykroyd said what he did. And, you know what? He’s probably right about a lot of that.