Dan Aykroyd Has Seen the New Ghostbusters, and It Was Good

What did you do, Ray? 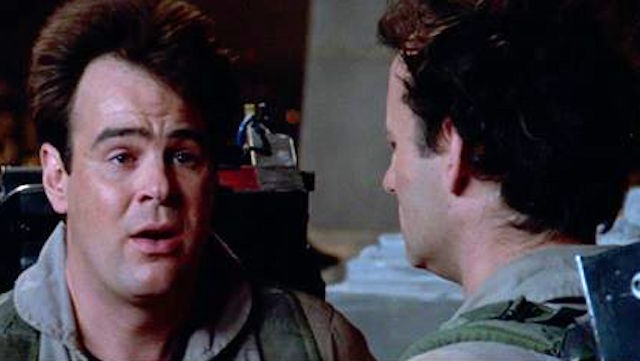 In a move that is sure to infuriate people who for some reason care a great deal about a movie they insist on having no desire to see due to its very nature, Dan Aykroyd has not only praised Paul Feig’s Ghosbusters, but he more or less said it was better than the original. So, you know, good luck navigating angry comments from people who believe they can list all the “objective” reasons the original is better without ever having seen this movie.

He also lumped Ghostbusters 2 in there, but … well, your mileage may vary on how much that means to you—or whether it actually makes “more laughs than the first two” a lower bar to clear. That’s what Aykroyd said in a message on Facebook after seeing an early cut of the reboot:

As originator of the original: Saw test screening of new movie. Apart from brilliant, genuine performances from the cast both female and male, it has more laughs and more scares than the first 2 films plus Bill Murray is in it! As one of millions of man-fans and Ray Stantz, I’m paying to see that and bringing all my friends!

That’s not surprising, considering Aykroyd already praised Feig’s directorial abilities and said he thought there was a possibility this new movie could be funnier than the originals, but now he has an informed opinion after actually having seen the movie—you know, how forming an opinion usually works, as opposed to having one just pop in there. The rest of us will get to form such opinions for ourselves on July 15.