Dan Aykroyd: Ghostbusters 3 May Begin Production in the Spring 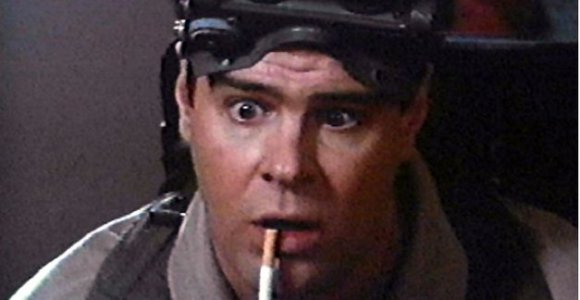 I can barely contain myself: Dan Aykroyd, Ray Stanz himself, made an appearance on Dennis Miller Radio and confirmed that there really is pre-production happening on Ghostbusters 3 and that actual production could start as early as the spring of next year. He has discussed the most basic aspects of the intended plot and even threw out a very interesting casting possibility. And yes, there was mention of a female Ghostbuster. So, you’re telling me there’s a chance … that I can still be a Ghostbuster, right? … No? … That’s cool. I’m still excited beyond belief about this news.

Obviously, there have been rumors since the Internet was born that there would be a third Ghostbusters movie, and none of them have ever proven to be true. (Ever.) But the Ghostbusters Movie That Cried Wolf seems to have real gears that are now being put in motion, and who can we trust more than Dan Aykroyd? In my eyes and heart, no one. Except maybe Bill Murray or Ivan Reitman, both of whom have discussed their involvement or lack thereof (concerning the former) on numerous occasions. And in the Dennis Miller appearance, Aykroyd stated that production — that’s actual shooting — was to begin in spring of 2012. And while the hopes are that Bill “The Waffler” Murray will rejoin the crew (it’s looking good, at least this time around), this seems like it will still happen without him if he ultimately passes.

But what makes this a bit more exciting — and worth reporting — is that Aykroyd actually went into some detail about what’s going to go down in the new movie. It’s not exactly breaking news, except that he explicitly mentioned the original characters and the passing of the torch to a younger set of Ghostbusters, which will include one woman:

“My character, Ray, is now blind in one eye [Ed note: You looked in the trap, Ray!] and can’t drive the cadillac. He’s got a bad knee and can’t pick up the pack. Harold [Ramis], Egon, is too large to get into the harness. We need young blood and that’s the promise. We’re gonna hand it to a new generation. Production in the spring, I hope.”

He added, “We’re going to see everyone that wants to do it.” Really? Um, to whom do I address my headshot and résumé, please? Seriously?

Anyway, back to reality. One possible casting choice is one Matthew Gray Gubler. Who is this mysterious three-named man? Right now, he plays Dr. Spencer Reid on the CBS procedural Criminal Minds, but after taking a look at his background, he has some serious cred and might have to don the tan jumpsuit. First off, Spencer Reid is a genius, which is necessary to become a Ghostbuster. Second, he was Nico (Intern #1) in Wes Anderson‘s The Life Aquatic With Steve Zissou, which also starred Murray, and which gives Gubler a very good job reference from an actual former Ghostbuster as well as comedic credibility. (He also directs mockumentaries about himself, which shows that he doesn’t take himself too seriously, which is just the kind of ‘tude we require from an untested Ghostbuster. At least I think so.) Here is what he looks like, in case you are not familiar: 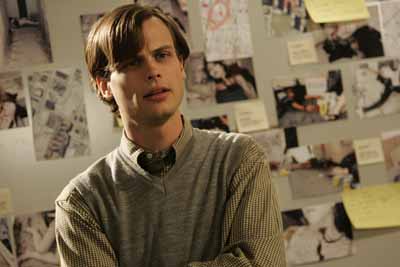 Gubler’s casting is in no way confirmed, but he’s a very interesting name to be suggested. But even more exciting: They really are making this movie now. For serious! I’m actually a little overcome with emotion about this whole thing, and I know how nerdy that is. I don’t care. They’re making Ghostbuster 3. And it feels like Christmas morning.

Audio of the Dennis Miller Radio interview with Aykroyd can be heard here.