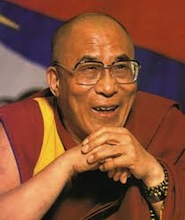 52 years after he and his supporters fled Tibet following a failed uprising against the Chinese occupying force, the Dalai Lama announced on his website that he would be stepping down from his role as the political head of Tibet’s exile movement, though he will remain a spiritual leader. He says that he wants a freely elected leader to replace him.

My desire to devolve authority has nothing to do with a wish to shirk responsibility. It is to benefit Tibetans in the long run. It is not because I feel disheartened. Tibetans have placed such faith and trust in me that as one among them I am committed to playing my part in the just cause of Tibet. I trust that gradually people will come to understand my intention, will support my decision and accordingly let it take effect.

On March 14th, he will submit his proposal for amendments to the Charter of Tibetans in Exile.

Though the Dalai Lama has hinted at his desire to step down in the past, the timing of his announcement is likely prompted by the Chinese government’s announcement that the Dalai Lama does not get to handpick his successor, and that he “must follow the historical and religious tradition of reincarnation” — which China critics say is motivated by their desire to manipulate the process. The Chinese government is likely to renounce the Dalai Lama’s stance, but his call for democratic election now, before his death at the least throws a monkey wrench into the process which likely would have played out if he had died in office.