Daisy Ridley Set to Star In Spy Biopic A Woman Of No Importance, Because She Doesn’t Have Enough to Do 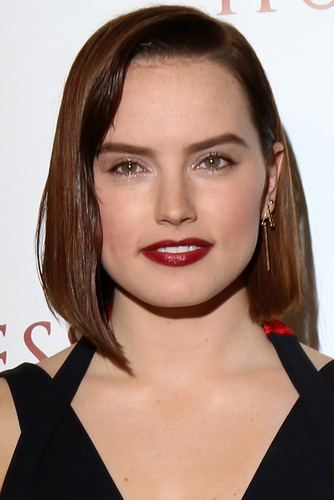 So, have you heard of this actress named Daisy Ridley? Yeah, she starred in this little indie film you may have heard of called Star Wars: The Force Awakens, her feature film debut. Since then, she’s really been making a name for herself and keeping busy. We think this girl really has a shot at this acting thing!

In all seriousness, Ridley’s career has been skyrocketing since she first played Rey, and she’s been lining up projects—both Star Wars-related and not—all over the place. In addition to Star Wars: The Last Jedi, which comes out in December, she’s attached to Murder on the Orient Express (Fox), Chaos Walking (Lionsgate), Kolma (Paramount), the indie Ophelia, and The Lost Wife (whew! I’m exhausted, and I don’t even have to make those movies), she’s now been cast in yet another project.

She’s set to star in the film adaptation of the Sonia Purnell book A Woman Of No Importance for Paramount and Bad Robot. According to Deadline Hollywood, the book tells the true story “of American heiress and super-spy Virginia Hall, who attempted to break into the ranks of the American Foreign Service in the years before World War II. Rejected because of gender and a disability—she lost part of her leg in a hunting accident—Hall worked during the war for the British intelligence unit SOE. She later joined the OSS, the forerunner of the CIA.”

She is, of course, attached to play Hall.

And then, would someone please find Daisy Ridley a job? I don’t think she has enough to do, and I’d hate for her to start getting lazy.