Anthony Herrera has a daughter who really loves Star Wars. So, naturally, before the family went on a big hike through Sequoia National Park, with its giant redwoods and thick green undergrowth, he told her that they were going to visit the place where Ewoks live. (Not far off of course, the Endor scenes of Return of the Jedi were filmed in a redwood forest, but not SNP, I checked.) Naturally, after a day’s hike Herrera found himself explaining that Ewoks are very shy and stealthy, and it would have been very, very lucky indeed if they’d actually spotted any.

It was only after going through snapshots from the family outing that the Herreras discovered that they might not have seen any Ewok’s, but the Ewoks definitely saw them. 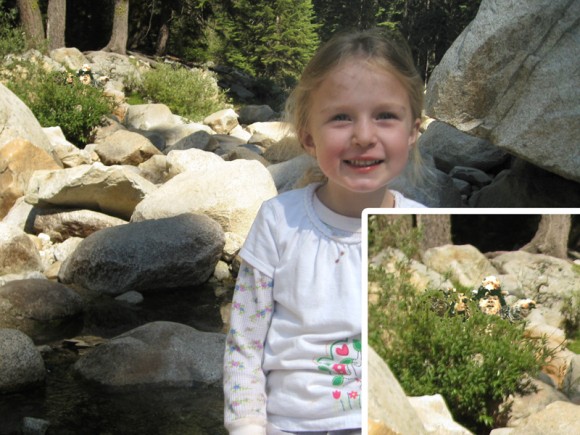 As you might have already guessed, Herrera is a graphic designer well versed in the arts of photoshop. He says on his blog: 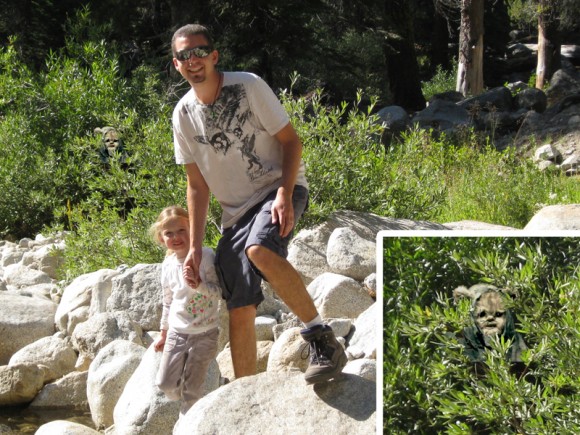 Maybe I’m a little wrong for lying to her and falsifying the pictures, but I don’t care. She’ll never forget the time she spent in the big woods with Ewoks. 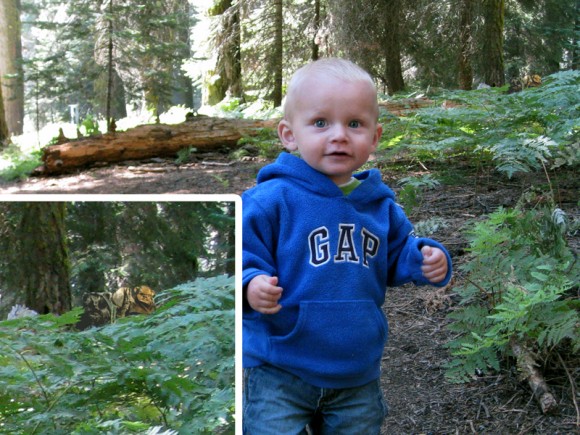 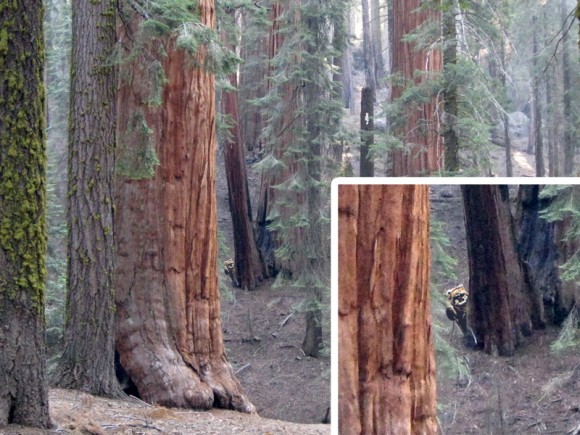 I certainly never would have forgotten something like this. Excellent nerd girl raising, Mr. Herrera.