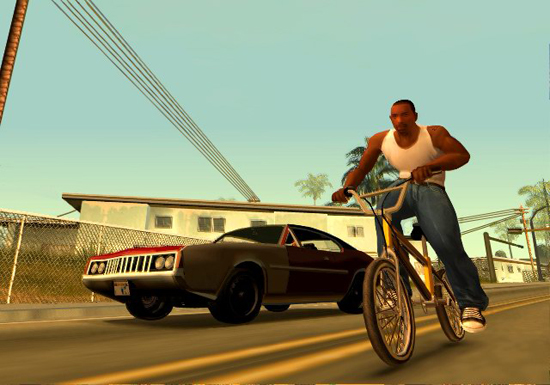 It looks like former Cypress Hill backup singer Michael “Shagg” Washington’s attempt to sue video game developer Rockstar for $250 million has finally hit bottom. Just under two years ago, Washington first brought the lawsuit to bear with claims that Rockstar intentionally based the main character for Grand Theft Auto: San Andreas, C.J., on his likeness without compensating him. Unfortunately for Washington, a California appeals court didn’t agree with his assertion.

Washington did have a few points on his side. His name is listed as a model in the game’s credits, and he says he was interviewed by the developer about his past history of being a gang member. This wasn’t seen as enough to prove that the video game co-opted his likeness, however, in the eyes of the judge. “Plaintiff is relying entirely on CJ’s physical appearance in the game, but that appearance is so generic that it necessarily includes hundreds of other black males,” the trial court’s ruling states.

As for the connections to the high-profile case involving No Doubt and Activision, the court found that Washington’s case was of an entirely different nature. No Doubt was featured in Band Hero as No Doubt, doing what No Doubt does. Even if CJ were originally based on Washington, his activities in the game are unrelated to Washington’s own. His claim, in other words, doesn’t hold up.

At least that’s one less frivolous lawsuit with which to concern ourselves. Only millions more to go.