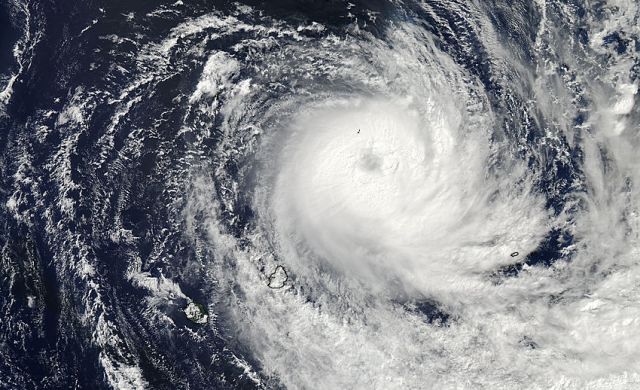 Cyclone Imelda is currently in the southern Indian Ocean, and reached hurricane strength yesterday. The above image clearly shows the eye of the storm opening up, but an image of the storm taken today shows it filled in with heavy cloud cover. The storm has also elongated itself from east to west. The two images were captured by NASA’s Aqua satellite, and when viewed together, it looks like the storm is winking. It’s adorable.

The image on the left is the Aqua satellite image taken yesterday by the satellite’s Moderate Resolution Imaging Spectroradiometer (MODIS) instrument, and the one on the right was taken by the MODIS early this morning. Take a look, and tell me that storm’s not winking.

What’s really happening is that the storm is weakening. Microwave imagery from a polar orbiting satellite indicates that Imelda will grow weaker as the wind shear that caused the storm to elongate and wink continues to affect the convection around its center. What else is happening is that I’m anthropomorphizing a force of nature. The good news is that we all just looked at some impressive satellite images. The better news is that they totally looked back at us…and winked