Cyan, developer of Myst, Turns to Kickstarter to Fund Its Spiritual Successor: Obduction

Game publishers considered a Myst successor too risky, but Cyan thinks it's a safe bet on Kickstarter. 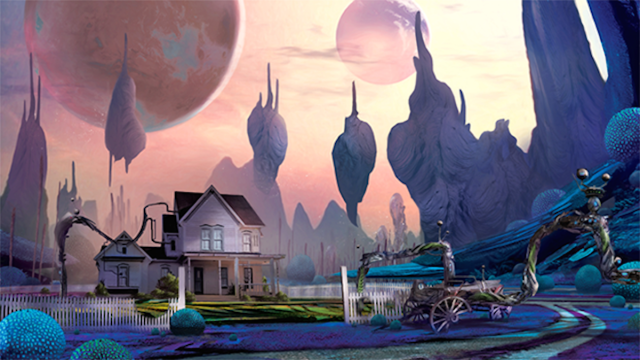 Obduction will be the next game from Cyan, the creators of Myst, but only if fans can raise $1.1 million on Kickstarter by November 16. We’re betting they’ll make it, since Myst was the best selling PC game of the 1990s and only lost that spot to The Sims in 2002. If you haven’t played it, now might be a good time to take this classic for a spin.

Obduction focuses on familiar themes from Myst by leaving the player stranded in a strange place with no clear goals, which gives them no choice but to explore and patiently solve puzzles to learn about their surroundings. With some of the beautiful backdrops the game is set against, it’s easy to imagine getting lost in it for hours.

If you somehow didn’t catch Myst the first time around, which would be kind of hard to believe considering it was so popular that it was one of the driving factors in the adoption of CD-ROM drives in the `90s, Myst was a first-person exploration and puzzle game. With large locales and subtle but impressive audio, it set itself apart from other similar games in the genre.

The reason the developers at Cyan took to Kickstarter for this new project is simply that they didn’t want to make a direct sequel to Myst. They wanted to use the same themes to tell a new story. Game publishers they spoke to on the subject would have preferred a more direct sequel to ensure success, but the creators were undaunted by less than enthusiastic responses to their new game.

Long ago, being turned down by publishers for a spiritual successor may have meant the developers would have to either buckle down and do a direct sequel, or they’d never make a sequel at all. Thankfully, that’s not a problem in the age of Kickstarter, and you can help them realize their true artistic vision. Odds are it’ll be money well spent when you consider Myst‘s track record.

Here’s the Kickstarter if this is something you’d like to play some day.

(via The Verge, image via Cyan)