Did The CW Just Invent The Hunger Games With New Reality Show? | The Mary Sue

Did The CW Just Invent The Hunger Games With Their New Reality Show? 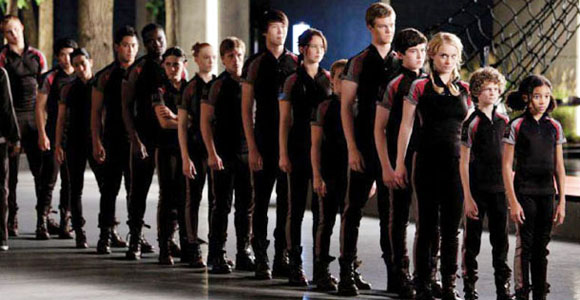 We’re all agreed The Hunger Games are very bad, right? Not the film, of course, the film was awesome but the actual games. Pitting children against one another until just one remains is evil, evil, evil. So why is The CW creating a reality series that’s eerily similar?

We already knew The CW was developing The Selection, a young adult novel some have compared to The Hunger Games. But that would be a scripted series. This is a reality show. It’s called, The Hunt. Here’s the description:

THE HUNT is an intense wilderness competition taking place over one month, as 12 teams of two are provided no food, water, or shelter, but must compete in a game where they’ll rely on their physicality, survival skills, and hunting skills to endure their conditions, capture one another, and ultimately win a huge cash prize. Executive produced by David Garfinkle (“Ready for Love”), Jay Renfroe (“Ready for Love”) and Greg Goldman (“Ready for Love”), THE HUNT is from Renegade 83 and Blackbird Television in association with Warner Horizon Television.

No talk of anyone dying of course, that would be silly, but they do have to capture one another. So while this may seem more like a Survivor scenario, they certainly seem to be capitalizing on the success of The Hunger Games. And let’s not forget, The CW was also working on making a Battle Royale TV show too. Frankly, I’m surprised we’re not seeing Hunger Games-like series being developed by every network.

They haven’t given any ages as far as casting for the series goes but considering their usual viewership, I wouldn’t be surprised if they skewed younger. Though I’m not sure if it would be legal to inflict this kind of thing on anyone younger than 18. Either way, I’m all for not going down this path.