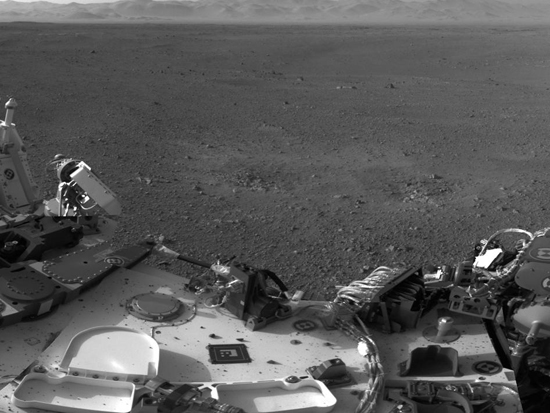 As it turns out, all those landing shenanigans that Curiosity, NASA‘s newest Mars rover, had to pull off in order to reach the red planet successfully required specialized software designed specifically for the task. Now that it has finished landing, the mission ahead of it requires a different set of specifications. To that end, Curiosity will spend its first weekend on Mars… updating its software. The mundane permeates everything, apparently.

The software required to update the rover is already in its memory. It had been uploaded there during the Mars Science Laboratory spacecraft’s flight for this exact reason. This isn’t some emergency solution to repurposing the rover’s mission; the entire thing had been designed from the start to upgrade the necessary bits of software during different phases. Now that it’s on the ground, the mission has left the flight phase and needs a few odds and ends to continue on.

One of the major upgrades includes the ability to process images in order to check for any potential hazards. This allows the rover to move further on its own, as it can decide for itself whether something it spots in its path could become an obstacle and avoid it. The upgrades also improve Curiosity’s ability to use the instruments at the end of its robotic arm — which sounds like something one might say about Bionic Commando.

As the rover updates, the team will be going over the images it has already sent back in greater detail. Also, probably, giving high fives.