The Mars Curiosity Rover Has Discovered Something “Earthshaking,” But Scientists Can’t Tell Us What It Is Yet 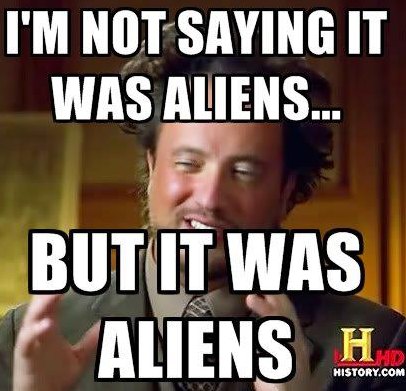 Scientists think they’ve discovered something quite interesting in the results of a soil sample test conducted by the Curiosity Rover… but they’re keeping mum on what that discovery is until they’ve had a chance to verify the data. Still, that hasn’t stopped Mars Science Laboratory’s Principal Investigator John Grotzinger from calling those findings “earthshaking” in an interview with NPR, saying “This data is gonna be one for the history books. It’s looking really good.”

We may not know what the results are, but we know what the test, conducted by the Rover’s SAM (Sample Analysis at Mars) instrument, was meant to look for: Organic molecules. So it’s a good guess that “earthshaking” means “We found them, guys!,” at least assuming the data holds up.

As many scientists have said, both the presence and the absence of organic molecules would be important science results, as both would provide important information about the environmental conditions of Gale Crater on Mars.

But something ‘Earthshaking’ or “really good” probably wouldn’t be a nil result.

Says NPR’s Joe Palca, the MSL team has “some exciting new results from one of the rover’s instruments. On the one hand, they’d like to tell everybody what they found, but on the other, they have to wait because they want to make sure their results are not just some fluke or error in their instrument.”

It should be a few weeks before these “earthshaking” results are verified and announced. Just a tip, MSL, for when it’s time for the big reveal? Stay away from Comic Sans.