The Curiosity Landing, From A NASA Engineer’s Perspective 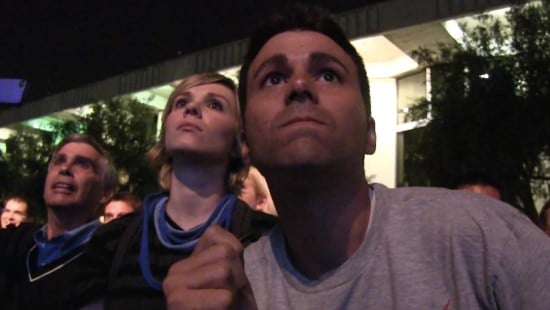 Even as a mere spectator, watching Curiosity land on Mars sent tingles up my spine. I was witness to one of the greatest achievements of my time, a culmination of humanity’s Curiosity. What then, must it have been like for the people who were part of it? NASA‘s Mark Rober shares his experience in a heartfelt video. Can you feel it? Can you feel the chills?

While my contribution’s small relative to the overall picture, I try to capture here exactly what it felt like to basically have seven years of your life vindicated with that beautiful phrase: “Touchdown confirmed. We are safe on Mars.”

In case you were wondering who won the office pool, Gizmodo has the answer.

Be right back, shedding tears of joy.