“Sometimes I Think I Am Being Playful”: Cuomo’s Statement on Harassment Allegations Isn’t Convincing Anyone 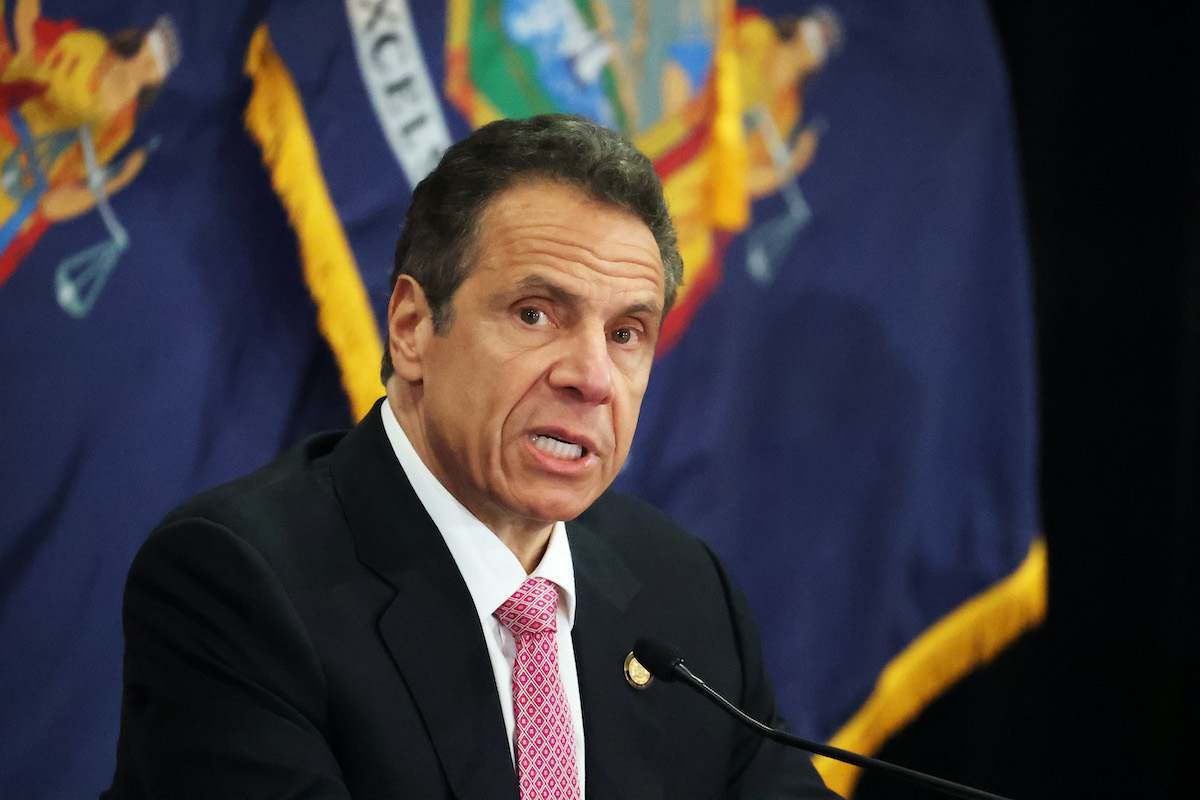 A second former aide to Andrew Cuomo has come forward with more accusations of sexual harassment against the New York governor.

25-year-old Charlotte Bennett was an executive assistant and health policy adviser in Cuomo’s administration last year. She told the New York Times about a disturbing conversation she says she had with the governor last June when the two were alone in his office. Bennett says Cuomo asked her questions about her personal life, including what she thought about age differences in relationships. The 63-year-old allegedly told her he was “open” to relationships with women in their 20s—”comments she interpreted as clear overtures to a sexual relationship,” writes the Times.

In that same conversation, which occurred months into the state’s lockdown, Bennett says Cuomo told her he was lonely and missed hugging people.

“Ms. Bennett said she had tried to dodge the question by responding that she missed hugging her parents,” writes the Times. “’And he was, like, ‘No, I mean like really hugged somebody?’” she said.”

Bennett says the governor didn’t try to touch her, “but the message of the entire episode was unmistakable to her.”

Bennett’s allegations come right on the heels of fellow former aide Lindsey Boylan’s decision to detail her accusations of harassment in an essay on Medium. She accused Cuomo of both verbal and physical misconduct and alleged a culture of harassment, enabled by other women higher up in the administration.

For those wondering what it’s like to work for the Cuomo admin, read @LindseyBoylan’s story. https://t.co/PfWhTJgHuU

Cuomo denied Boylan’s accusations and in his initial response to the Times’ interview with Bennett, he said he didn’t intend to make her feel uncomfortable, though he didn’t deny asking her “personal questions.”

Cuomo has now released a statement that’s a pseudo-apology of the “I’m sorry you felt that way” variety. He acknowledges that “some of the things I have said have been misinterpreted as an unwanted flirtation” and says he just likes to “tease” people.

“At work sometimes I think I am being playful and make jokes that I think are funny. I do, on occasion, tease people in what I think is a good natured way. I do it in public and in private. You have seen me do it at briefings hundreds of times. I have teased people about their personal lives, their relationships, about getting married or not getting married. I mean no offense and only attempt to add some levity and banter to what is a very serious business,” his statement reads.”

Cuomo’s insistence that his intentions were good is so frustrating. Even worse is his claim that his comments were “misconstrued.” What Bennett described from that June meeting couldn’t be “misconstrued” as flirtation, it was flirtation. And maybe Cuomo just considers himself to be a flirtatious person, maybe he knows that comments suggesting a romantic or physical relationship are just that—comments. But even in that incredibly generous reading of his alleged behavior, he is putting his female employees in an unacceptable position.

“I understood that the governor wanted to sleep with me, and felt horribly uncomfortable and scared,” Bennett told the Times. “And was wondering how I was going to get out of it and assumed it was the end of my job.”

In her essay, Boylan wrote, “Governor Andrew Cuomo has created a culture within his administration where sexual harassment and bullying is so pervasive that it is not only condoned but expected. His inappropriate behavior toward women was an affirmation that he liked you, that you must be doing something right. He used intimidation to silence his critics. And if you dared to speak up, you would face consequences.”

Whether or not Cuomo thought his sexual comments to female employees would lead to actual sex, the women who have worked for him say that his comments made them feel unsafe, both personally and professionally. It’s completely unacceptable to force female subordinates to be the ones to decide whether or not they are willing to hear flirtatious or sexual comments from their boss. And given Cuomo’s widely-reported reputation as a bully, it’s not surprising that these women say they didn’t even feel like that was an option.

Cuomo’s office has released a statement asking New York’s Attorney General Tish James to initiate an independent investigation. James says “This is not a responsibility we take lightly.”

This is not a responsibility we take lightly.

We will hire a law firm, deputize them as attorneys of our office, and oversee a rigorous and independent investigation.

Cuomo shot to a bizarre level of political celebrity last year due to his decision to do daily coronavirus press briefings. That was basically the bare minimum any political leader should have been doing but it was far more than we were getting at the federal level and enough to brand him the anti-Trump. I think it’s safe to say that that era is officially over and Cuomo now has to go back to being held accountable for his actions.

It should not have taken 24 hours and two attempts to circumvent accountability for the Governor to make this referral. But we’re glad it finally happened. https://t.co/BVgVhGclrT