We see the same patterns again and again. 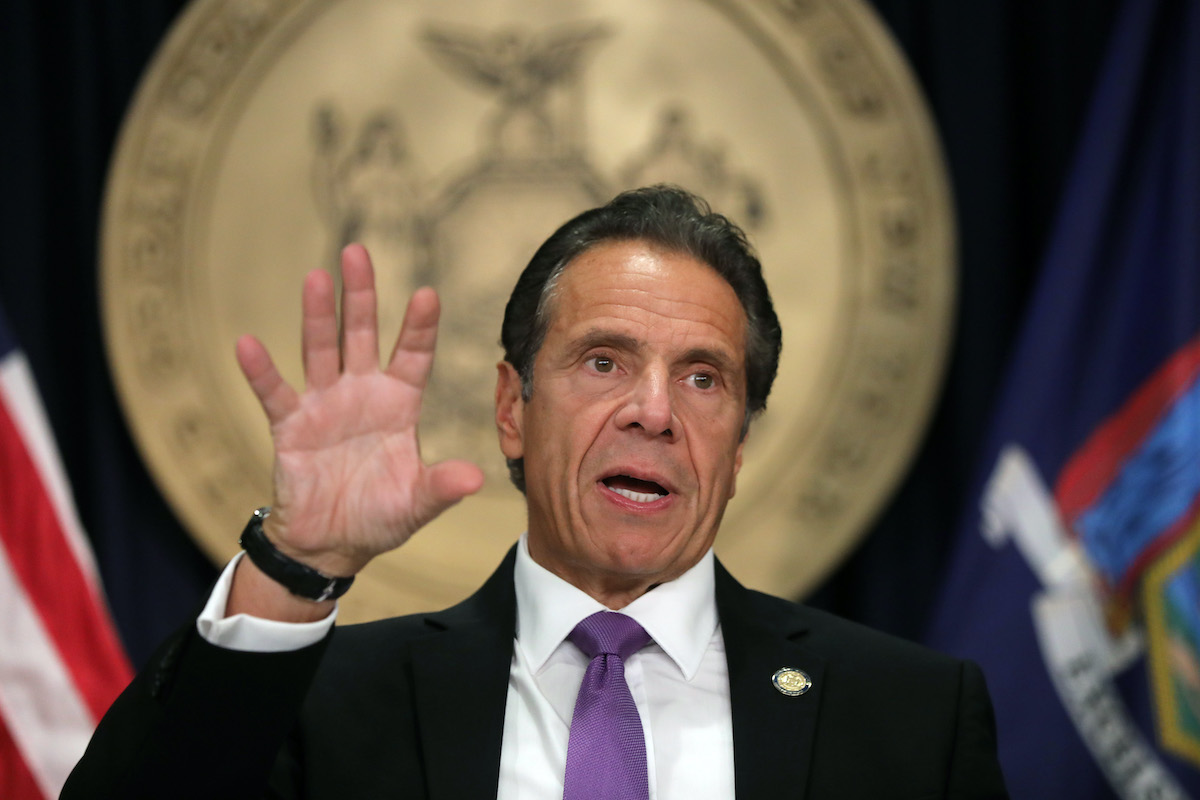 Lindsey Boylan, a Manhattan borough president contender and former aide to Andrew Cuomo, has published a Medium essay describing in detail the harassment she says she faced when working for the New York governor.

In December, Boylan mentioned Cuomo and even tagged him in a series of tweets about workplace harassment. “Yes, @NYGovCuomo sexually harassed me for years. Many saw it, and watched,” she wrote. “I could never anticipate what to expect: would I be grilled on my work (which was very good) or harassed about my looks. Or would it be both in the same conversation? This was the way for years.”

Boylan says she wrote those tweets after seeing Cuomo’s name floated as a possibility for Attorney General—”the highest law enforcement official in the land.”

In her essay, Boylan describes a range of inappropriate behavior. Some of it was physical. “I had complained to friends that the Governor would go out of his way to touch me on my lower back, arms and legs,” she writes. On one occasion, Boylan says Cuomo “stepped in front of me and kissed me on the lips” as she was leaving a room.

Boylan also describes that she was demeaned by years of verbal and emotional harassment, much of which was aided by her superiors at work, and especially female superiors. “It was all so normalized — particularly by Melissa DeRosa and other top women around him — that only now do I realize how insidious his abuse was,” she writes. This is such a disturbing pattern that we see time and time again from both accused and convicted predators. Abuse doesn’t happen in a vacuum. It requires the assistance of others, either by action or complacency. And women in positions of power are so often used by men with more power to act as their shield, to give an illusion of safety.

After meeting the governor for the first time, Boylan says her boss told her Cuomo had a “crush” on her. Boylan shared an email in which Stephanie Benton, Director of the Governor’s Offices, relayed a message from Cuomo. Benton wrote that the governor “suggested I look up images of Lisa Shields — his rumored former girlfriend — because ‘we could be sisters’ and I was ‘the better looking sister.'”

“The Governor began calling me ‘Lisa’ in front of colleagues. It was degrading,” writes Boylan.

“His inappropriate gestures became more frequent. He gave roses to female staffers on Valentine’s Day and arranged to have one delivered to me, the only one on my floor,” she writes. “A signed photograph of the Governor appeared in my closed-door office while I was out. These were not-so-subtle reminders of the Governor exploiting the power dynamic with the women around him.”

Boylan says that after she posted her initial tweets, two other women reached out to her with similar stories. She also describes a larger culture of undermining women’s professional status that’s, unfortunately, not very surprising for a workplace centered around a man who views all of his female employees as his Valentines.

“The Governor’s pervasive harassment extended beyond just me,” writes Boylan. “He made unflattering comments about the weight of female colleagues. He ridiculed them about their romantic relationships and significant others. He said the reasons that men get women were ‘money and power.'”

Like so many people who speak out with accusations of sexual misconduct, Boylan is getting attacked from both sides.

She says that after her December tweets, “Parts of a supposed confidential personnel file (which I’ve never seen) were leaked to the media in an effort to smear me. The Governor’s loyalists called around town, asking about me.”

“I expect the Governor and his top aides will attempt to further disparage me, just as they’ve done with Assemblymember Kim,” she writes, referencing Ron Kim, who has also recently spoken out against Cuomo. Governor Cuomo has denied Boylan’s accusations.

“They’d lose their jobs if they didn’t protect him. That’s how his administration works,” Boylan writes. “I know because I was a part of it.”

On the other side, you can see conservatives ignoring Boylan’s humanity in order to revel in Cuomo’s accusations with gross glee. Hordes of rightwing figures from Donald Trump Jr. to every random far-right podcaster craving a bit of attention seems to be making the argument that those on the left only care about stopping sexual predators when they’re Republicans.

That argument is so tired and so tiring. As we’ve seen time and time again, sexual misconduct has nothing to do with party lines. We see the same patterns over and over again and it has nothing to do with politics. Sexual predation transcends politics and frankly, too many accusations of abuse against those on both sides of the political aisle get ignored.