We know it’s past time to be posting spooky things, but Cthulhu knows no season! Cthulhu mashups even less so. So here’s what Julien Bazinet thought it would be like if Charles Schulz and H.P. Lovecraft ever got creatively down: 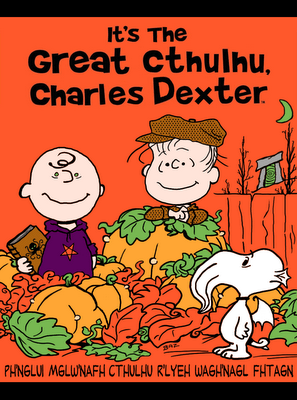