Innocent Children (and Dogs) Had Better Beware: Cruella de Vil Cast For Once Upon a Time

The curl of her lips, the ice of her...wait, we've already got too much ice this season. 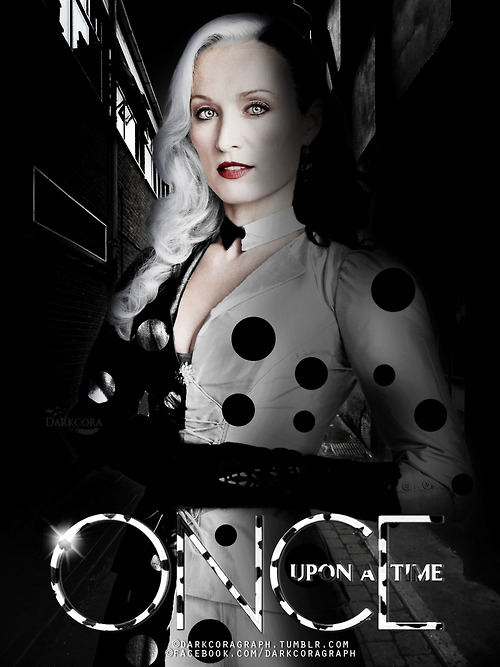 Entertainment Weekly revealed the hiring of NBC Dracula actress Victoria Smurfit for the ABC series but didn’t reveal who she’d be playing. However, TVLine suggested Cruella because a dalmatian was, ahem, spotted, on set the other day. But there’s also this:

The tweet itself seems to have since been deleted.

Not sure if any of you watched Dracula. I did. It was… interesting. I kept with it mostly because of Smurfit if I’m being honest. She was a classy, Victorian vampire slayer.

Anyway, for those of you feeling like Frozen took over the show, it seems as if that arc will be wrapping up the first half of the season with the Cruella story getting teased in the winter finale to continue on until the end of Season 4.

(via Nerdist, image via darkcoragraph)