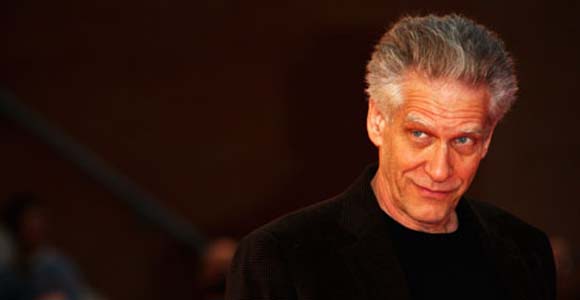 David Cronenberg loves doing dark, scary films but when it comes to what he prefers to watch, the director hates one thing with a passion – superhero movies. He recently spoke out against his distaste for comic books and the films that follow (which is ironic), name dropped Christopher Nolan, and insulted those of us who like all of the above at the same time. Way to go, Cronenberg.

So how did the director of Scanners, The Fly, and Eastern Promises wind up discussing comic books? It was on a recent press junket for his upcoming film Cosmopolis. Next Movie asked him if he’d ever consider branching out into superhero movies.

I don’t think they are making them an elevated art form. I think it’s still Batman running around in a stupid cape. I just don’t think it’s elevated. Christopher Nolan’s best movie is “Memento,” and that is an interesting movie. I don’t think his Batman movies are half as interesting though they’re 20 million times the expense. What he is doing is some very interesting technical stuff, which, you know, he’s shooting IMAX and in 3-D. That’s really tricky and difficult to do. I read about it in “American Cinematography Magazine,” and technically, that’s all very interesting. The movie, to me, they’re mostly boring.

That’s a lot of opinion right there but Cronenberg also has at least one fact wrong – Nolan never shoots in 3D. Next they asked if the subject matter, ie comics, prevents these types of films from becoming an elevated art form:

DC: Absolutely. Anybody who works in the studio system has got 20 studio people sitting on his head at every moment, and they have no respect, and there’s no…it doesn’t matter how successful you’ve been. And obviously Nolan has been very successful. He’s got a lot of power, relatively speaking. But he doesn’t really have power.

DC: I would say that’s a no, you know. And the problem is you gotta… as I say, you can do some interesting, maybe unexpected things. And certainly, I’ve made the horror films and people say, “Can you make a horror film also an art film?” And I would say, “Yeah, I think you can.”

But a superhero movie, by definition, you know, it’s comic book. It’s for kids. It’s adolescent in its core. That has always been its appeal, and I think people who are saying, you know, “Dark Knight Rises” is, you know, supreme cinema art,” I don’t think they know what the f**k they’re talking about.

Let me take this moment to mention Cronenberg’s 2005 film, A History of Violence. It was based on the comic book of the same name by John Wagner and Vince Locke. Is it a superhero comic? No, but it’s certainly not a comic for children which is why I’m pretty annoyed Cronenberg would make a statement lumping all comics into the same demographic group.  And let’s face it, even the comics the general public thinks are for kids, aren’t actually for kids anymore (I’m loving Scott Snyder’s Batman but I wouldn’t let my 10-year-old niece read it). Besides, there are plenty of superhero comics specifically made for adults. The Pro anyone?

Of course Cronenberg is entitled to his opinion but for a director to come out and say he dislikes and entire genre of film and call out another director is pretty mean-spirited, not to mention extremely narrow minded. I’m not going to claim the superhero/comic book based films out there today are high-brow but Nolan’s Batman films especially stand out from the crowd. What do you think?