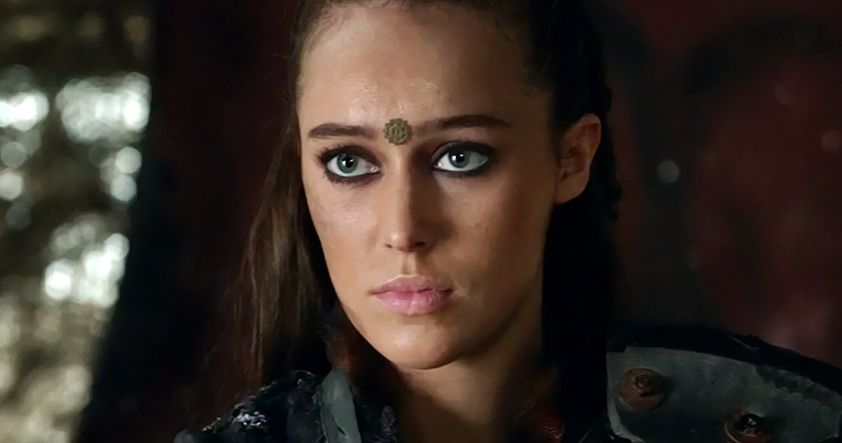 This Saturday, the Austin Television Festival (ATX) hosted “Bury Your Tropes,” a panel looking at LGBTQIA representation on TV—particularly television’s tendency to kill off women-loving-women, and the recent fan responses to those deaths.

Grillo-Marxuach wrote the exceptionally controversial The 100 episode “Thirteen,” in which one of the show’s queer characters, Lexa, was killed by a stray bullet soon after consummating her relationship with the series’ lead, Clarke. Variety quotes Grillo-Marxuach as describing the fan backlash to that series as a “tidal wave,” and that description makes sense to me, if only because the backlash left the media landscape altered in its wake. The contentious episode inspired fundraisers and, ultimately, The Lexa Pledge, a contract created and signed by several TV creators committing to positive LGBTQIA representation.

Given what an intense point of debate Lexa’s death became, it’s not surprising that the creators spent some time discussing it during Saturday’s panel. Grillo-Marxuach, who announced he was leaving The 100 following “Thirteen,” said he’s learned a lot from the fan backlash and is grateful for the discourse happening online (transcription via Variety): “I think the failure was to recognize the cultural impact that would have on the context of the show […] The systemic failure to recognize it as an event of the magnitude that it had [outside the show] is the real subject of discussion here. When there’s a bigger issue involved of perhaps if we knew, why did we still go through with it? I think that’s a big issue.”

Revelist quotes Grillo-Marxuach as saying “[After Lexa’s death] I remember thinking, I’m basically a privileged white dude, and people are mad at me for something I did. To take time to listen to people’s anger, even when it’s very bluntly and cruelly stated, isn’t a huge withdrawal from the bank of privilege. Some of us are willing to engage, and even get past the anger to find out why there’s the anger … I am grateful for the tidal wave that came down on me, for a number of reasons … for the exposure and the understanding that I received.”

To my mind, Grillo-Marxuach was very responsive to fan concerns following The 100, and his willingness to listen makes me excited for the projects he has coming down the pipe; most notably the Xena reboot he’s producing. Grillo-Marxuach has already promised that series will explore the love between The Warrior Princess and Gabrielle, because a modern reboot would be useless without “fully exploring a relationship that could only be shown subtextually in first-run syndication in the 1990s.”

Faking It‘s Carter Covington has a slightly different take on The 100 backlash. According to quotes from Variety, the openly gay producer and writer worries that all the representational progress that has been made on TV is getting overlooked: “I feel like I have one of the gayest shows on TV so I’ve earned the right to speak to this. I think what’s getting lost in The 100 is that there was an amazing relationship…and that the death of one of these characters caused this huge ripple…This is storytelling, and I think The 100…is being assaulted and in the end, I think they’re giving fans this amazing chance to meet each other online and on Twitter. There’s so much good the The 100 is doing for the community.”

Variety also says of the discussion:

While the panel largely commended viewers for sharing their passion on social media, Covington did admit that he’s received many “really hurtful” messages (“I got accused of queer-baiting,” he said). He warned the room of the poor impact that can result from such negativity online.

“I’m trying to put out what I think is the most positive messages out to the community I’ve ever seen on TV,” Covington said. “I really wish we could change the conversation and become a glass half full fandom…I just wish the conversation was more of gratitude so that people could be rewarded, and you’re going to get so many more LGBTQ characters…I’m really worried that it’s going to have the opposite effect of what fans want.”

I don’t want to take Covington’s quotes out of context. I wasn’t in attendance at the panel and there’s nuance that can obviously be lost when a quote is pulled from an open dialogue between creators and excerpted in an article. But it’s also worth noting that Covington has spoken out against The Lexa Pledge in the past, saying at a Writers Guild event earlier this year, “if a character dies and it had a bad message, I support [The Lexa Pledge],” but “it’s dangerous to tell the showrunner how to tell a story.” We’ve already written about how that’s a fundamental misunderstanding of the intent of the pledge; I feel his comments here also indicate a misunderstanding of the productive, positive impact on representation that fan feedback can have.

The differences between Grillo-Marxuach’s statements and Covington’s (which, again, it’s difficult to have a nuanced understanding of taken out of context) encapsulate a lot of the tensions between creators and their audience overall right now.

Last week we covered critic Devin Faraci’s article about fan entitlement and the potential toxicity of some fan campaigns, and it seems, from reading coverage of Saturday’s panel, as if the creators in attendance depicted different sides of that ongoing debate surrounding fan culture—is fan feedback a positive “tidal wave,” or toxic and censorial?

Grillo-Marxuach says he’s willing to look past his own anger and ego in order to understand why fans might be upset about how they’re represented in media, but Covington, like many creators, still seems resistant to the criticisms that inevitably come from having an unprecedentedly open and immediate channel between fans and artists on social media. Some creators are going to see that direct channel as a resource of valuable criticism and knowledge that could help them expand their awareness, and others will see it as censorial.

I understand why some people see it as the latter, but as a queer woman tired of seeing women loving women die in media, I’m much more interested in the work of people who are open to that feedback—harsh or rude as it may be—than those who aren’t.

Of course, I also don’t want to imply that Covington and Grillo-Marxuach represent two diametrically opposed viewpoints. They don’t. The relationship between fans and creators is evolving and contentious and glorious and terrible, and, as a person who sometimes creates things (like this article) for the internet’s consumption, I know there are issues around which I am better able to internalize feedback than others. We are all full of multitudes. It’s a unique time to be creating and engaging with work.