Giant Rumor Alert: The Third Avengers Film Might Be Split Into Two Parts

Avengers, assemb—whoops, to be continued. 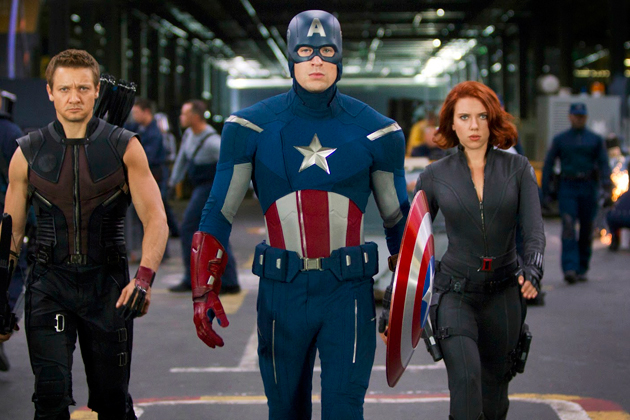 Break out your Galactus-sized salt shaker for the grain you are going to need to take with this news, but if it turns out to be true, it could mean massive things for Marvel’s third stage of movies.

According to a website called The Daily Marvelite, the eventual battle with Thanos that we all know is going to be the centerpiece of the next group of movies might be too big for just one film. To that end, Marvel may decide to split the action in two.

So what does a two movie-split mean for a franchise narrative that, unlike Mockingjay or Harry Potter and the Deathly Hallows, doesn’t have a singular text full of clearly defined plot details to fall back on? (You know, other than Marvel more or less knows how to print money now). Most likely it’ll mean a crossover with Guardians of the Galaxy will have more time to evolve, which is good news. The Daily Marvelite expands on this:

What our source has not clarified is if Avengers 3 in itself will be a two part movie, or if it is the story that will be split into two, with the first part being Avengers 3 with a conclusion leading to a massive event movie where earth’s mightiest heroes will join the guardians of the galaxy to take down Thanos. The latter certainly bodes well with what Vin Diesel (Groot’s voice from The Guardians of The Galaxy) let slip months ago that Marvel is planning some sort of “Merging of brands” for its Phase 3: “A great meeting. It was even talking about something so big I can’t even talk about because it’s like the merging of brands in a way, which I won’t get into. That was something way, way, way, way, way down the road.” Said Diesel about his meeting with Marvel studios. But with many recent blockbusters adopting the two part movie concept, it is not difficult to imagine that Avengers 3 will indeed be a two part movie.

It’s worth noting, though, that both Chris Evans and Robert Downey Jr. are near the end of their film contracts with Marvel (Evans has three more in Age of Ultron, Captain America 3, and Avengers 3; Downey Jr. has two more, Age of Ultron  and Avengers 3) . This would either put them into some seriously good negotiating positions against the company, or it could mean that their characters will be forced to make room for some new blood in the possible part 2 conclusion.What’s that? Maybe some screen-time for Black Panther and Captain Marvel, please? Perhaps even a Bucky or Falcon Cap? Yes sirs, we would like that very much.

Of course, all that is wild and rampant speculation, and there’s not much we can do except wait and see what happens—you know, expect wildly speculate some more. What are your thoughts?