Our Chat with John Holl, Author of the “Cookbook Made for Beer Geeks” The American Craft Beer Cookbook

This interview pairs well with your favorite beer. 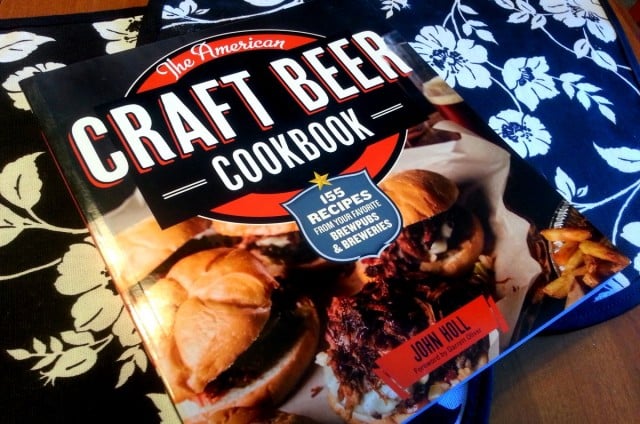 Brewing beer is science, and breweries all over the country are stepping up their game as part of the craft beer movement. Saveur says the new American Craft Beer Cookbook by author John Holl was, “made for beer geeks.” It focuses on how craft beer can be paired with, and in many cases used in food, and the results are delicious.

The cookbook has over 155 recipes for everything from brunch to dessert. Not all of the recipes use beer as an ingredient, but Holl suggests beers to pair with those that don’t. As a guy who has visited more than 900 breweries around the world, he knows what he’s talking about.

We had the chance to speak to Holl about the book and his job as a beer journalist, which has us a little jealous — and we get to write about geek stuff all day.

Glen Tickle: As a journalist you focus almost exclusively on beer, correct?
John Holl: Beer and the culture of drinking.

So pretty much the best possible job?
Pretty much. It’s not drinking all the time, but it is a chance to see the country, talk with cool people and write about an industry that has been around for a very long time, but keeps evolving.

You do travel quite a bit for it. Your first two books were on different breweries in Indiana and Massachusetts, right? What made you want to do a cookbook as your third?
Right. Indiana (2011) and Massachusetts (2012), and I was seeing a lot of similarities between where beer is these days and the food movement. We’ve moved beyond just drinking the bland beers offered into those with taste. Same thing with our food. We, as a society used to care about what we ate, where it came from, and then we got “busy” and became a culture of convenience.

So rather than baking bread, we purchased Wonder Bread. Good cheese became Velveeta, and we were so tired at the end of the day that we couldn’t spend 30 minutes making something flavorful and nutritious, so we started popping plastic trays into the microwave and whatever came out we called dinner.

A cookbook made sense to bring the two worlds together. I wanted to get a good cross section of recipes/breweries from across the country. This meant really thinking about the recipes geographically, and what that means foodwise. So, the recipes represent cultures, sensibilities and traditions from the brewery towns. Seafood from New England, spicy dishes from the southwest, farm raised beef and pork from the midwest, fresh produce and citrus from the south and mid-atlantic. It was a fun journey to really explore and talk with local farmers, butchers, chefs, and people who call these regions home. I was able to get a good sense of what their food lives are like and hopefully convey that to the readers in the book.

You focused on local food as well as local beer. All the beer in the book comes from “craft breweries”, do you want to talk a little about what that means for readers who might not know?
It’s an evolving term. It used to mean small (micro brews) but now many are not that small. So, craft is really, to me, about beers that are well made that are about flavor and imagination. A beer that is pleasant to drink, and comes from companies with good philosophies and focus on their product and communities.

Going into the book, were there breweries you knew you wanted to include?
Yeah. Breweries like Sierra Nevada or Sam Adams that have led the way for breweries that followed. I wanted to give them their due. Also, smaller breweries that don’t have marketing budgets, or a wide following. I wanted to get a cross section in there, so breweries that focus in the german tradition, or all on sours and experimental beers. To those that just turn out good beers on a regular basis.

Sierra Nevada and Sam Adams are both breweries that started pretty small, but have grown out of what might be considered “craft” by the early definition, right?
Well, they fall under one definition of craft, as decided by the Brewers Association. But, I believe that both are pushing the boundaries of beer turning out flavorful pints, and doing a lot of good to foster a positive community and drinking experience.

Do the recipes in the book come from the breweries or did you create them?
I created a few, but they mostly come from brewers and chefs from around the country.

Were there recipes you knew from traveling around writing about beer that you really wanted to include?
A few. but it was mostly about pairings that I had experienced that I wanted to recreate. So, a saison with a fresh herb dish, or a carbonade with a flemish brown, or even just IPA and carrots. Then I went from there and worked with chefs to find something that worked.

Saveur said your book was a “cookbook made for beer geeks!” Do you consider yourself a beer geek?
I don’t. I’m just a guy who enjoys beers of all styles. Always looking for something new, but always appreciating the classics.

You can order The American Craft Beer Cookbook through Amazon, or by walking into a bookstore like in olden times. To follow John’s continued exploits in travelling and writing about beer you can follow him on Twitter @johnholl or by visiting his website JohnHoll.com. Thanks to Mr. Holl for taking the time to talk to us, and for making us so very very thirsty.

(via John Holl, image my own)