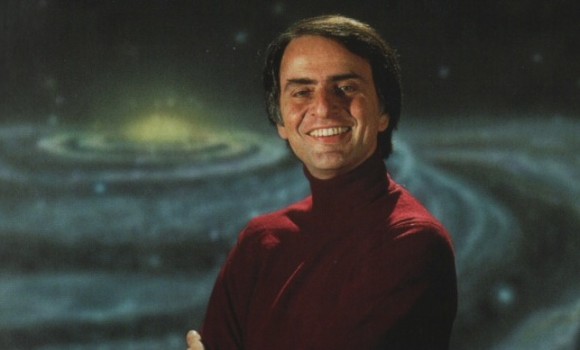 Carl Sagan‘s space exploration series Cosmos is going to be rebooted. We are not necessarily against this because there is always more we can learn about space. Also, it’s going to be hosted by Neil DeGrasse Tyson, and that is something we’ll always support. But what about the news that the new Cosmos is going to be executive produced by Seth MacFarlane? The one and only Seth MacFarlane, who makes animated comedy shows, taking on an iconic series about the majesty of space? We’re listening.

Fox announced this morning that they have ordered 13 episodes of the new documentary series, Cosmos: A Space-Time Odyssey, and that it will air some time in 2013. But what of this seemingly odd choice of an executive producer? What does MacFarlane have to say about his new role?

“We’re obsessed with angels and vampires and whatnot when there are many more exciting and very real and much more spectacular things to be excited about, that are right in our own planetary backyard …

“The older I got, I noticed a pattern in our culture of lethargy. We got to the Moon, and then we just stopped.”

Awwww, Seth MacFarlane! We knew you had to be some kind of geek, but a heartfelt one? That’s just huggable. And since they began collaborating on the new Cosmos, he and Sagan’s widow, author Ann Druyan, have become close friends after being introduced by DeGrasse Tyson. And that makes her quotes about him even huggier:

Ms. Druyan said that though Mr. MacFarlane never knew her husband, who died in 1996, “I’ve imagined Seth and Carl meeting, an infinite number of times, adding that as “two men with just protean talents,” they surely would have been kindred spirits.

“Now, I’ve heard stories about my husband before we were together, that he wasn’t always that nice,” Ms. Druyan said. “But the guy I knew was truly good. That’s just the vibe of being with Seth.”

Okay, back to Cosmos. When it first aired on PBS, it taught an audience of millions about space and was a huge success. And just because NASA‘s shuttle program has come to an indefinite end, the appetite for discovery isn’t going to go away. The fact that the curiosity and fascination that made Cosmos so wonderful will be carried on by some very worthy heirs makes its return very exciting.

(New York Times via Inside TV)