We Are Living in the Corgi Epoch: Here’s Why 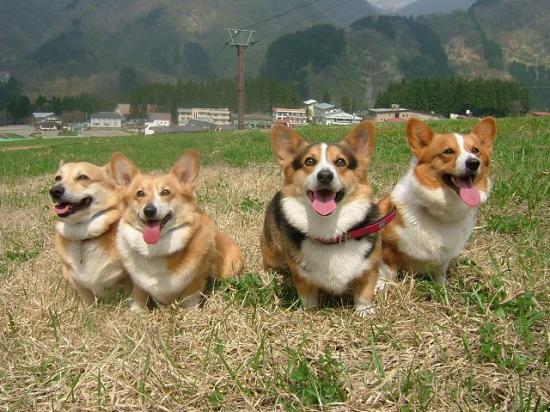 This week, Jezebel announced that out of the 32 entrants in their March Madness-inspired Cats vs. Dogs bracket, the Welsh corgi was the winner by popular vote. Now, this comes as no surprise to careful observers of the Internet in all its inscrutable glory, as corgis have been having something of a moment as of late. Why, at this particular moment, have corgis sprinted to the front of the pack?

In their vault to Internet fame, corgis already had a lot going for them. First, there is an ardent fan base for the dogs that have been uploading corgi related media since time immemorial. A quick search of YouTube pulls up about 20,000 hits on the search for “corgi.” Some blogs have even made corgis a regular part of their content, such as Warming Glow’s Corgi Friday, which has run since last August. There’s even a subreddit for corgi owners. This off-the-beaten-path, but nonetheless strong contingent of corgi lovers has no doubt paved the way for the success of the dog.

Secondly, there is something undeniably adorable about the dogs. With their strange body shape and silly legs, they fit right in with what human find “cute.”  On the subject, Michael C. LaBarbera, a professor with the College of the University of Chicago, writes:

Juvenile mammals, then, are immediately recognizable as such; they have large eyes relative to their heads, small snouts, and disproportionately large heads and short limbs. These characteristics are particularly apparent in the young of our own species, and we’re hard-wired with a propensity to react to such characteristics with nurturing behaviors. This is why you find puppies and kittens “cute”–their bodies have the proportions that shout “infant” to your hindbrain.

Taken in those terms, the small size, large eyes, comparatively large head, and ridiculous ears fit our understanding of what makes things cute. And when it comes to “short limbs,” it’s hard to beat corgis. They are almost like a perfect storm of cuteness, pushing the mental buttons for what we cannot help but find attractive.

But despite their inherent attraction, and ardent fans the corgi never quite broke into the mainstream. There were some brushes with success; who could forget this gem from May of last year, wherein a corgi wears a lobster costume? 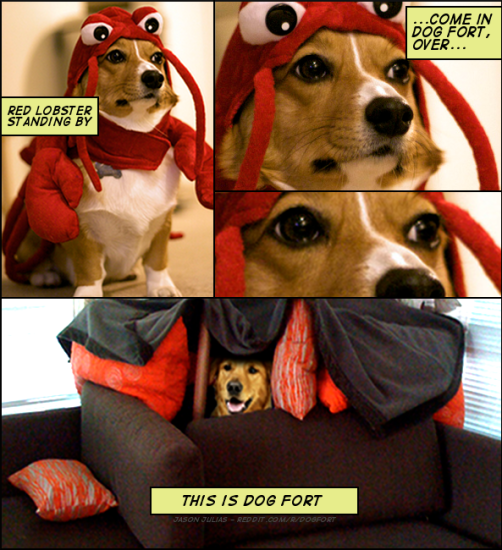 But none of this was enough to push the delightful Welsh dog into the limelight. That changed this February, when this video showing two corgis playing tetherball began to make the rounds.

You may recall that some of your favorite blogs posted this same video. In the weeks to follow, more corgi videos started to pop up, and though they didn’t perform quite as well, it was bringing corgis to the forefront of the internet. One meteorically successful corgi video begat many more, perhaps hoping to recapture the success of the tetherball video.

This seems similar to the psychological phenomenon of priming, where, as Wikipedia says, “exposure to a stimulus influences response to a later stimulus.” Keep in mind, I did take an intro to Psych class in college, so I am perfectly qualified to make this stuff up: the exposure of the masses to the overwhelming positivity of the tetherball video caused positive responses to all things corgi related.

You can see some of this corgi-priming by doing a quick search on BuzzFeed, that great repository of the Internet-funny. A search for “corgi” pulls up 19 posts since the tetherball video was uploaded. Looking back to this week’s bracket results from Jezebel, the last contender from the dog side that corgi’s faced was the golden retriever, which only has 1 positive and 2 somewhat depressing posts on BuzzFeed since the tetherball video. Even more dramatic results can be seen by doing the search on Reddit, the Alexandrian Library of internet-funny (though it should be noted that corgis seem to be frequent subjects on the site).

Other sources for corgi-priming? I don’t doubt that a certain monarch’s noted obsession with the dog, and that monarch’s family being recently portrayed in a certain Oscar-winning film might have had something to do with it.

Corgis also likely benefited from a general internet cat-fatigue. Long darlings of the internet, funny cat videos and lolcats have dominated the internet discussion. Corgis may have filled a yawning need for something dog-related. In the tetherball video, for instance, the single-minded pursuit of the ball, the occasional distraction, and the bafflement at when the ball runs out of rope is pure dog. Though cats are certainly not going anywhere, it seems clear that the net cried out in one voice: give us puppies.

While priming is the likely rational cause, in the words of Jimmi Hendrix “I know it goes a little deeper than that.” After all, something must have stirred the first blogger to post the tetherball video, and moved others to do so as well. Then what is that single underlying force? In a word: Ein. 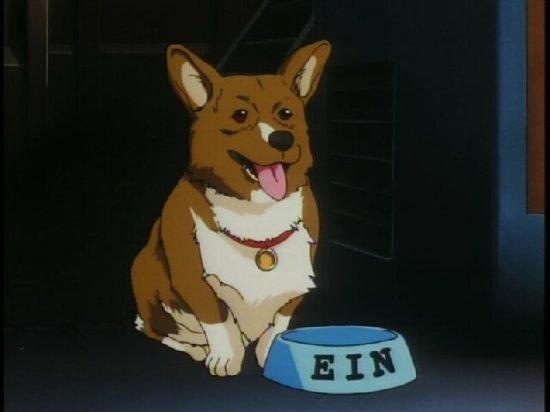 The adorable data-dog from the Cowboy Bebop anime, I believe Ein to be the root of the corgi’s recent eFame. Though the show ceased production in 1999, it has long been a staple of Carton Network’s Adult Swim block, and continued to be much beloved by geekier folk the world over. And amongst the characters in this beloved series, Ein continues to be a fan favorite.

So what happened to all those teenagers crowding around computers to watch fan-subbed episodes of the show, or stayed up late at night watching cable? They’re probably the same people who work for blogs, or are just generally active on the Internet. When the tetherball video emerged it likely struck a cord with them, reminding them of a happier time with a cartoon dog. The rest is history.

Though it has taken a long time, corgis are finally having their moment. Their supporters have long been there, and now the yappy little pups have reached the point where they could beat out other dogs and all cats in an internet popularity contest.  And now all of us can look back and say we remembered when in 2011, corgis became the kings of the Internet.