Contest: Pick a New Lady for Our Costumed Mascot Line Up!

We weren’t joking this morning: we’re polling our readership to decide who our sixteenth mascot will be, and that means you all get to have a say! Not only that, but we’re going to be giving out some random prizes to everybody who votes, from comics, to books, to a couple of Hasbro’s San Diego Comic Con exclusive toys from last year’s show. Read on to find out about the prizes and how to enter! 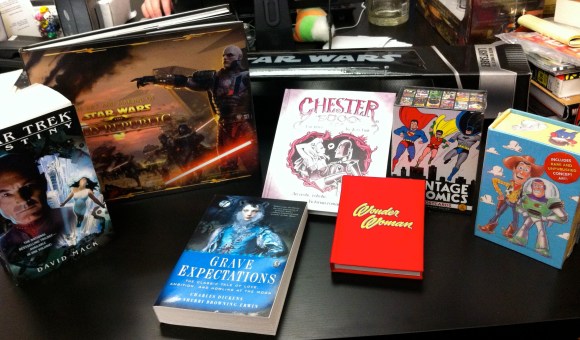 But what’s that? Behind the books? It’s one of Hasbro’s Ultimate FX Darth Vader lightsabers. 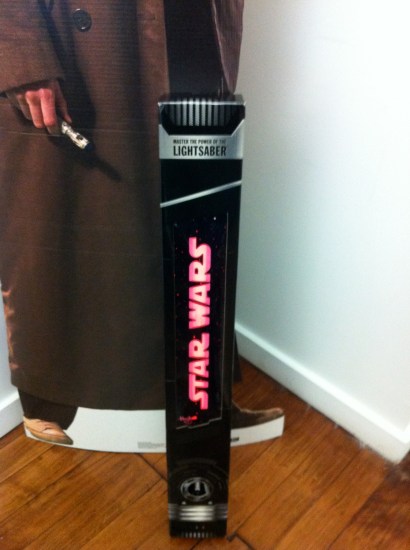 Shown with Cardboard David Tennant for scale. Turns out he’s pretty good for showing scale. Like with this San Diego Comic Con 2011 exclusive model of Starscream as a Cobra jet. 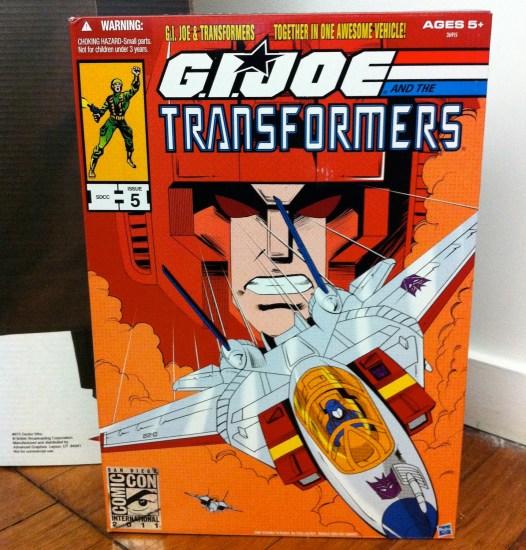 And while Cardboard David Tennant and his San Diego Comic Con 2011 Hasbro Exclusive Sentinel buddy have been hanging out next to each other for months, it’s really time for the genocidal robot to find a new loving home, not next to our thermostat anymore. 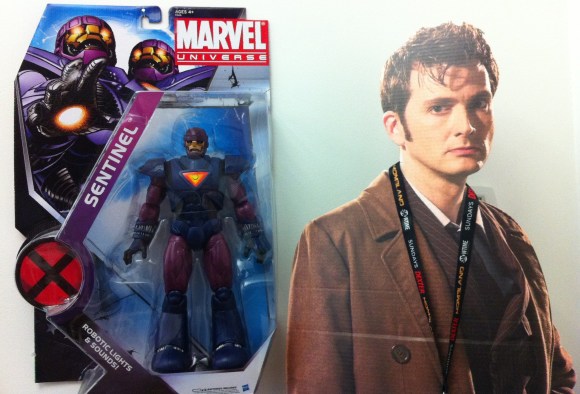 So those are the prizes you stand a chance at winning. Here’s what you need to do:

Step 2: Like our Facebook page! (Okay, this is actually completely optional, but it would be nice if you did!)

Step 3: Vote in our poll. Either vote for a geek lady who is already on the list, or submit a new one.

That’s it! Voting will end in a week, and we will choose randomly among everybody who voted to award prizes. First randomly chosen winner gets first pick of the items, second gets second, and so on.

If you want to see who we’ve already got up there (without refreshing the page a billion times), here’s a list we made a billion years ago of the original twelve, and here’s the next three.

Fine print: This contest is for stuff that’s already in our office, so we’re sorry, but we won’t be shipping internationally. You can still vote for your favorite if you’re out of the US, though! Suggestions that consist of more than one character, a character we already have, or one that’s too nonspecific (like “a Companion”) will be vetoed for clarity’s sake. We also reserve the right to veto a choice if we don’t think the character will work as one of our costumed logos. (For example, we tried to have a Captain Janeway back when the site launched, and she just looked like a brunette in a Starfleet uniform, and wasn’t identifiable as Janeway specifically.) We also reserve the right to veto a character if they don’t represent the mandate of the site, but we hope it doesn’t come to that. Cardboard David Tennant is NOT one of the prizes.

Vote away! The most popular choice will be designed for us by Christianne Goudreau like all the others.