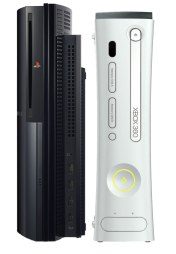 Game consoles use electricity; that’s just a fact of life. If I had to choose between playing lots of video games or saving on my electric bill, I think I’d choose the video games. It may not come down to that, however. As it turns out, in 2010 the lion’s share of energy used by consoles was when the consoles were in idle states, a whopping 68% of it. That being the case, saving energy and playing video games might not be mutually exclusive. In fact, something as simple as a firmware update could cut these energy costs right down to size.

The energy wastage in 2010, at least, was somewhere around 10.8 terawatt hours, or $1.24 billion. The researchers at Carnegie Mellon University who have been analyzing the 2010 data for a study suggest that auto-off or auto-standby features should be standardized to help cut back power. The Xbox 360 received an update back in May of 2011 that enabled auto-standby by default, but it’s still opt-in for PS3 users. I, for one, was not aware such a thing existed and will definitely look to see if the 360’s auto-standby can be dialed up to auto-off.

The researchers say that the benefits wouldn’t necessarily be huge for individual users, but could be massive on the whole. And after all, what do users really have to lose by default auto-standby? Until that does become the default, however, you might want to dig in your own settings and put the feature to work for you. It might save you a buck or two.