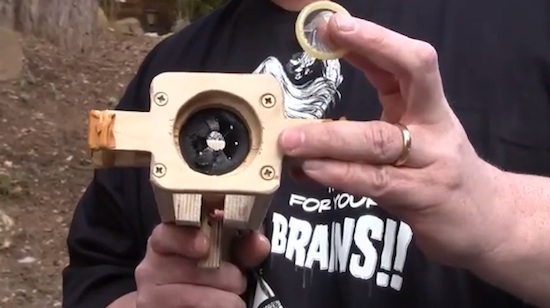 The condom slingshot is, of course, a joke…we hope. Then again, we’re kind of never sure with Sprave, so we’re just going to not ask how far he intends to take tests on this idea, which, I think we can all agree, is the worst idea.