Monday Cute: The Complete Saga of the Raccoon That Stole the Internet’s Heart 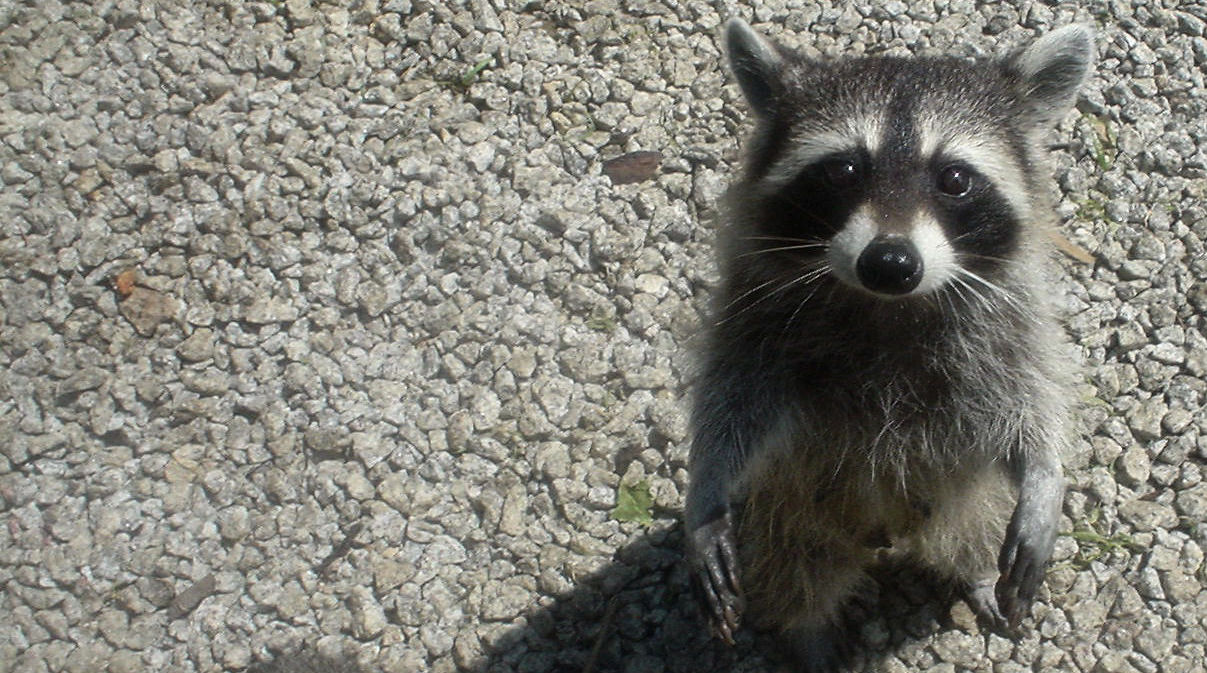 In case you somehow missed it, the internet’s latest obsession is with a Minnesotan raccoon that gave Spider-Man some stiff competition when it comes to death-defying climbing acts last week.

This is the little guy in question:

“Yup, thats me. You’re probably wondering how I ended up in this situation. Well, it all started when . . .”#mprraccoon pic.twitter.com/UI6oMtoNbg

A live feed picked up video of the raccoon climbing up the side of a 25-story building in St. Paul in the early morning hours last Tuesday. The UBS building had no balconies or windows able to be opened, so the raccoon was stranded on its climb for more than 24 hours.

I don’t know if I can watch this much longer. The #mprraccoon is scaling the UBS Tower. Now 12 stories up. pic.twitter.com/MaP35MLo9j

Minnesota Public Radio, whose offices are across the street from the UBS building, dubbed the climber the #MPRraccoon, and his story quickly took over the entirety of the internet.

My picture from the 13th floor around noon. Hope he makes it down OK! #mprraccoon pic.twitter.com/gfVWysn9iO

He is on the ledge on our floor. He seems to be doing well. We’ve been told that the building has live traps on the roof and are trying to get him to go up there. We all just have to keep our fingers crossed.. #mprraccoon pic.twitter.com/HY1PkuFKz0

Would you be this relaxed after climbing 21 stories up the outside of an office tower? #mprraccoon Thanks @donnelly_law for the hospitality! pic.twitter.com/SsFBZc0C0z

The #mprraccoon is doing a little grooming now that he’s a social media star. You know, on a 23rd floor window ledge. @MPRnews pic.twitter.com/pGcwh7OJ6L

Because this is Monday Cute and not Monday Tragic, obviously this story has a happy ending. After more than a day of climbing, it made it to the roof where it enjoyed a bit of cat food and made its way into a cage that had been prepared for it.

Here is the #mprraccoon being picked up by technicians from Wildlife Management Services just now. Taken away by truck to an “undisclosed location.” pic.twitter.com/x0iMZhW7zd

After a delicious meal of soft cat food, #mprraccoon has been caught and will be picked up by Wildlife Management. Goodbye friend! pic.twitter.com/twcBPpjOQk

It was then released into the wild by Wildlife Management Services.

Way to go, little raccoon! We hope you enjoy your new skyscraper-free life in the suburbs.