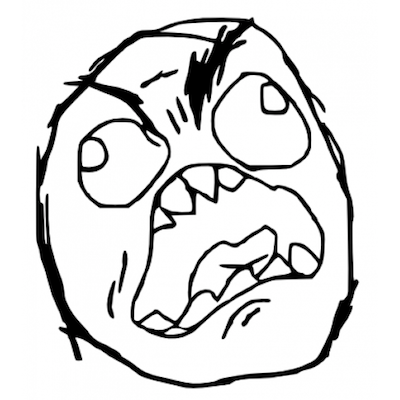 Nobody likes listen to people complain. No matter how empathetic you try to be, there’s always that little voice in your head that’s saying; “So why are you telling me?” and/or “Why don’t you just go and do something about it?” The longer you endure their complaints, the longer that voice sticks around and, before you know it, you’re complaining to somebody else about how you just had to listen to the first person complain. According to a new study, that little voice is actually the sound of you turning into an unintelligent whiner: Prolonged exposure to negativity and complaining apparently diminishes the brain’s capacity for problem solving.

Trevor Blake, entrepreneur and author of business self-help guide Three Simple Steps: A Map to Success in Business and Life, cites research suggesting that listening to negative comments for an extended period of time can “peel away” energy from your Hippocampus, the area of the brain associated with memory and consolidating complex ideas. “Basically, it turns everything to mush,” says Blake. In other words, if you listen to nothing but complaining, you’ll forget how to do anything but complain.

Blake frames the concept in terms of running a business, saying that it’s important to be pro-active, telling the complainer (presumably an employee) to fix whatever they’re talking about, or even to just stop listening to people when they complain too much. However, the information is something that’s generally good to know. Remember folks, nobody likes a negative Nancy.

behaviorcomplainingnegativityThree Simple Steps: A Map to Success in Business and LifeTrevor Blake