Community Finally Gets Some Respect From the Critics Choice Television Awards 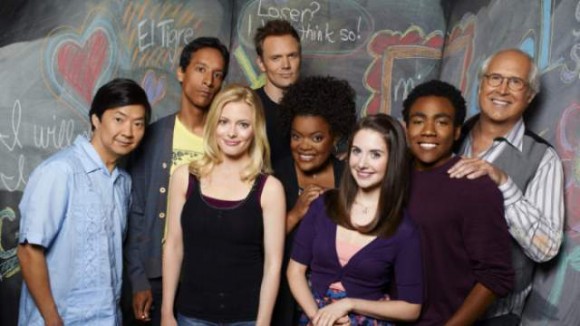 Following a crazy third season full of drama off-screen and wacky delight onscreen, Community, NBC‘s most neglected (by NBC) sitcom has found itself leading in nominations for the Critics Choice Television Awards with a grand total of six. While the awards show itself is young (it just started last year), it’s about time Community got a little recognition for the unique brand of silliness it brings to the airwaves. And internetwaves, for that matter. The same internet that may or may not have created the Community video game featured at the end of the season. You’ll have to find out after the jump.

First, the awards. Community has been nominated for six awards by the Critics Choice, almost half of the 14 nominations that NBC received, making it the most nominated network. Presented by the Broadcast Television Journalist Association, an offshoot of the Broadcast Film Critics Association, the winners will be announced on June 18 (not on the air). In addition to its nod for best comedy series, Joel McHale was nominated for best actor in a comedy series, Jim Rash and Danny Pudi for supporting actor, and Alison Brie and Gillian Jacobs for supporting actresses. This makes me think that the Broadcast Television Journalist Association would have liked to give everyone on the show a nomination, but it just would have been unfair to all the other people who made good sitcoms this year.

While these awards are not the most established, Community has never really catered to the needs of the establishment (which is why the show is so wonderful but also why Dan Harmon no longer runs the show). As just one of the fans of the show who hates to see it snubbed, ignored, and shoved aside, I think this is a pretty sweet turn of events.

But yes, the video game! In the episode that aired the night of the season finale, “Digital Real Estate,” most of the show took place in a 16-bit video game (they keep saying 8-bit, I swear that looks like 16-but) that people wished could be real. Well, the internet has heard you, and a super excellent person has granted your wishes! Reddit user britta-bot has versions of the game ready to download for your digital enjoyment.

(Finally, a video game I might actually be able to play!)

(via The Hollywood Reporter, Splitsider)