Don’t Worry, These Are Not Community’s New Showrunners

Okay, before everyone starts worrying, these are not tweets by the new showrunners of NBC‘s Community, David Guarascio and Moses Port. This is a parody account. A parody account that is run by someone who may or may not actually work in television, so it’s full of things that might suggest that Guarascio and Port are preparing themselves to gleefully destroy the cult hit. But rest assured — these are not actual plans for Community, and we’re sure that the real Guarascio and Port are working with the show’s writers and cast to come up with something less … infuriating. But that doesn’t mean that these tweets aren’t hilarious (in a super upsetting way).

Promising ways for people to become part of “the Community studio audience,” Fake Guarascio and Port share their vicious threats to the show: 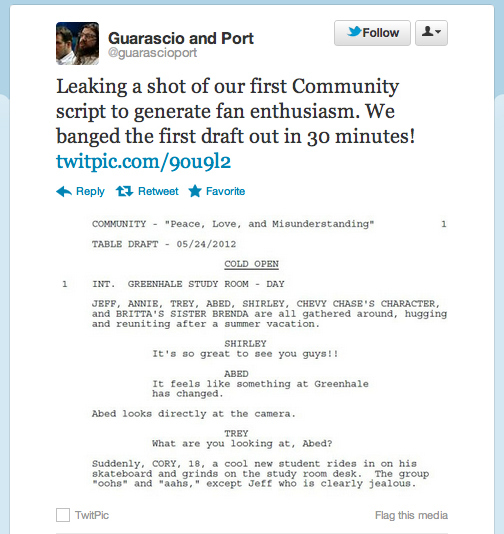