2014 Mars Comet Could Hit the Red Planet | The Mary Sue

Massive Comet Could Hit Mars in 2014, and We Kind of Hope It Actually Does 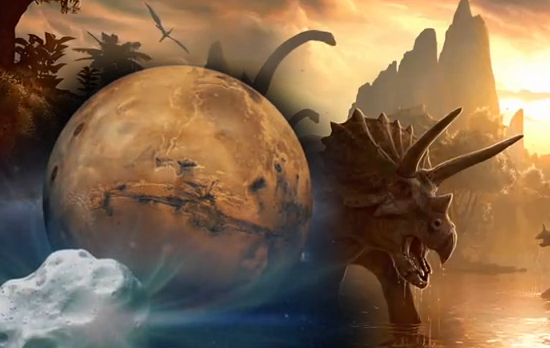 2013 is still young and has yet to prove its mettle, but 2014 is already looking to do some astronomical upstaging — particularly with Mars. The Red Planet has been in the news a lot recently, mostly due to the Curiosity rover, but now a threat looms on the celestial horizon. In October of 2014, a massive comet could potentially hit Mars with the force of 35 million megatons of TNT. That’s about one-third as powerful as the one that had the dinosaurs’ name on it 65 million years ago. Nothing to sneeze at.

For one, the chances of an impact are “small but non-negligible,” according to Don Yeomans of NASA’s Near Earth Object Program. There’s really only a 1 in 2,000 chance of it hitting, so this will most likely be a flyby — and you can bet NASA will be watching its trajectory every day until then.

Two, if the comet does hit, it would absolutely mess with NASA’s Mars Program, but it would provide us with a transformed landscape to study. We’ve currently got three satellites orbiting Mars, two rovers,  and plenty of cameras leveled at the Red Planet. Mars would be getting a serious a 35-mil-megaton-TNT makeover.

“I think of it as a giant climate experiment. An impact would loft a lot of stuff into the Martian atmosphere — dust, sand, water and other debris. The result could be a warmer, wetter Mars than we’re accustomed to today.”

Even if Comet 2013 A1 is a near-miss, as expected, boy will we get a show. Mars’ atmosphere will interact with the comet’s, meteor showers could ensue, and there could even be auroras — which Mars normally isn’t prone to have, due to its spotty magnetism. 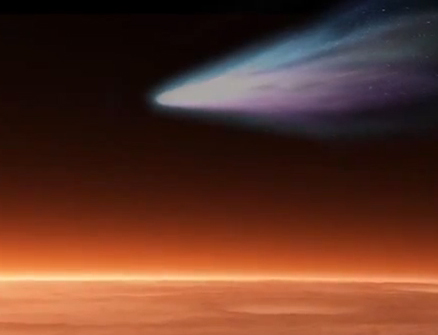 Pics, or it didn’t happen.

NASA’s already got a new probe to study the Martian atmosphere called Maven (“Mars Atmosphere and Volatile Evolution”), and it’s set to launch in November this year. In theory, it should get to Mars shortly before the 2014 comet.

NASA’s video explains it with pictures and space and all that jazz: