Right-Wing Columnist: Oprah Is Pushing Satanism With the Ice Bucket Challenge, or … Something 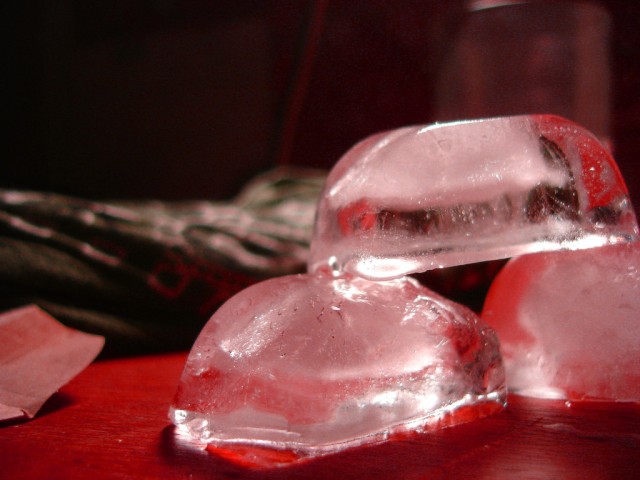 So God needs to hire a new social media specialist, because Satan is crapping all over him. Sure, @TheTweetofGod is popular and all, but Satan’s invention of the Ice Bucket Challenge stunt is next-level. Oh, you didn’t know that dumping a bucket of ice over your head for charity is a Satanic ritual? Looks like you’re not up on all the latest conspiracies. I bet you still think we landed on the moon and tin foil is only for covering leftovers. Get on our level.

And nope, this isn’t satire from The Onion or “satire” from the National Report—right-wing columnist Selena Owens of WND has actually asserted that the ALS Ice Bucket Challenge is a means of worshipping the devil. Watch out, good Christians: All of those charitable celebrities are coming to get you. Exhibit A:

And where the rest of us see unfortunate tragedy, Owens’ shrewd gaze finds the work of Satan. Some convoluted logic and one 45-minute Internet video later, Owens became convinced of the IBC’s Satanic nature. According to family and friends, Griffin also liked to organize games of wiffleball and frisbee, so I’m sure its only a matter of time before Owens shows us how our kids are wielding the devil’s yellow plastic bat and disc of eternal Hellfire.

Not so fast: It’s all Oprah’s fault! Or something. I’m not going to lie: I find Owens’ logic a little hard to follow. Here, she writes about the coded messages hidden in Oprah’s Ice Bucket Challenge video:

In particular, Fuentes’ video depicts the world-renowned cultic queen of talk, Oprah Winfrey, taking the IBC. Winfrey precedes her dousing with the words, “In the name of ALS and the Ice Bucket Challenge. …”[emphasis mine] Interesting choice of words.

Winfrey’s proclamation hit a nerve with me because Christians, myself included, routinely pray and make decrees “in the name of Jesus.” We specify whom we worship when we invoke prayer in Jesus’ name. However, because Oprah mistakenly believes the One True God is jealous of her, and the well-known fact that she denounces Jesus as the only way to God and basically considers herself to be a god, I found this statement to be very cultic in nature.

The ALS IBC is ritualistic in nature. People are chosen to undergo a form of water baptism with cultic god Oprah leading the charge “in the name of ALS.” The Bible is clear: “You shall have no other gods before me” (Exodus 20:3). Oprah is a god to millions of Americans, and those who follow her doctrine and antics have tossed Jesus off the throne of their hearts – perhaps not intentionally … or perhaps so. Yet by following her seemingly innocent IBC decree, knowingly or not, they have cast Jesus off symbolically.

So Oprah’s choice of words is indicative of the sinister nature of the Ice Bucket Challenge, I guess? I mean, she has been known to worship some pretty strange things:

Man, just wait until Owens discovers that when you play Oprah’s Ice Bucket Challenge backwards, it unveils her true nature as a Satanic Ice Wizard.

Owens wraps up her tour de force neatly by tying it all back into the most satanic of pursuits: stem cell research.

What about the money? The foundation raised over $94 million in one month, stupendously exceeding the $1.5 million it raised last year. And it continues to rake in approximately $9 million per day. There are concerns about ALS using embryonic stem-cell methods, and the organization is not very clear on which research it will conduct and how any of that translates into advances to combat or cure ALS. This has left some people feeling misused or duped into participating with the IBC.

You hear that? Your donations might be going to scientific research into new methods of healing people! I’m sure you’re outraged.

(via Death and Taxes, image via Kevin Saff)