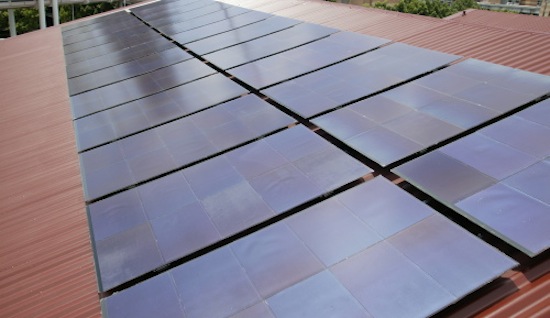 With a name like Big Pit: National Coal Mining Museum — located in Blaenafon, Torfaen, South Wales — you would think the place would keep with the theme by powering their museum with the very same stuff they tore apart the land to get. In an ironic twist, the museum has installed 200 solar panels atop the building’s roof, providing them with a constant energy source that produces no harmful emissions. In truth, this is merely a nice little perk in comparison to what they really gain from their decision to go eco-friendly. In fact, one can say the museum is making the green by going green.

Okay, British pounds aren’t entirely green — they come in a menagerie of colors like Monopoly money — but you get where we’re going with the word play. That said, the Coal Mining Museum has found a way where both themselves and the environment benefit from the solar panels. The museum explained the details of this clever win-win situation in a quick statement:

It is estimated that the solar panels will offset about £400,000 [$648,000] during the next 25 years. [It] cost about £70,000 to install the panels, which was funded by the museum. The electricity generated will be used on site with any surplus being sold to the National Grid, which can produce additional income for the museum.

Helping the environment while making some mad money through the exploitation of a national company’s desperation for more energy? It’s a flawless plan, but here’s hoping that the museum doesn’t get too complacent with their current station. One day, Mother Nature is going to come a-knockin’ and demanding a cut. Holla fo’ a pound!