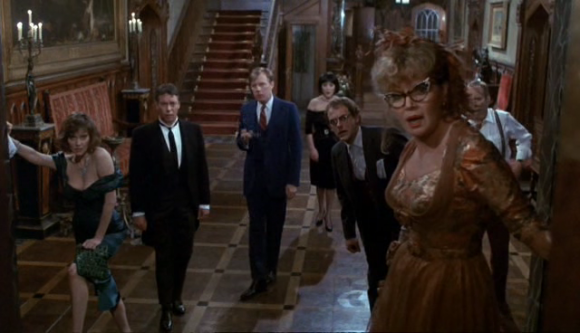 Dear Hollywood: No. We refuse. We refuse to see you mangle Clue. You already threw some random aliens in Battleship, and we won’t even get started on all the other reboots and adaptations you’ve royally screwed up over the years. You can’t touch this. This is ours.

In case you’re wondering why we’re freaking out (and quite possibly overreacting), we’ll start with the good news: Universal, who had seemingly been bent on adapting–or re-adapting–every board game known to man to the silver screen, has given up their bid for a possible reboot of Clue. The bad news? The possibility of the film still lives on, with Gore Verbinski‘s production company Blink Wink.

To which we say: DON’T YOU DARE. Because, really, Hollywood? Really? How in the hell could you outdo the 1985 version? It was epic. It was hilarious. It was utterly ridiculous.

It had Tim Curry. I don’t care what you say, Hollywood, you can’t outdo Tim Curry.

According to Slashfilm, screenwriters Burk Sharpless and Matt Sazama “have just been hired to take the murder mystery structure and adapt it on a global scale.”

Verbinski is apparently still very interested in directing the project, and as for the “global scale,” thing, apparently the mystery would have the entire world as its….”board.”

But as Slashfilm points out, much of the very charm of the game is that it’s contained in one place. The original film did a good job of exhibiting that. So why, Gore Verbinski, can’t we just leave this alone? Put it down! No!