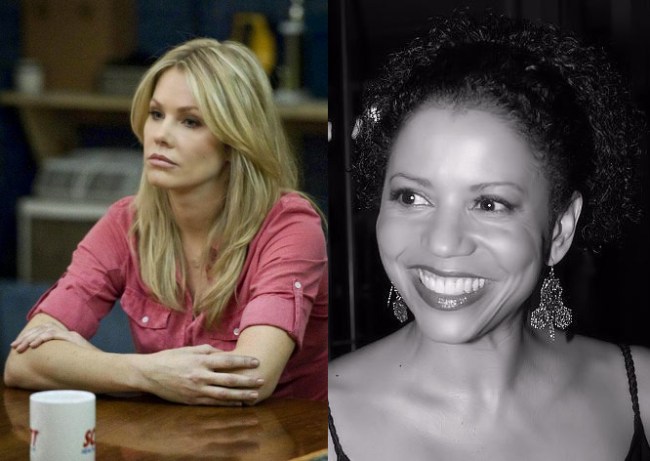 After casting its two lead roles, Marvel and ABC’s upcoming Cloak and Dagger TV show has begun to round out its core cast–and that means it’s time to cast the two mothers of our heroes. Andrea Roth of Blue Bloods, Rescue Me, and Ringer has been tapped to play Melissa Bowen, the mother of Tandy Bowen.

As a reminder on backstory, Tandy ends up turning into “Dagger,” a runaway teenager who becomes a super-powered heroine. Since Tandy’s motivation for running away in the source material stems from her relationship with her mother, who is a neglectful but wealthy supermodel, this will be a bit of a villainous role for Andrea Roth to take on.

Meanwhile, Gloria Reuben of ER, Falling Skies and Mr. Robot will be playing the role of Tyrone’s mother, Adina Johnson. Unlike Tandy, Tyrone didn’t become a runaway because of his parents, but rather because he got mistakenly implicated as being involved in a robbery that he witnessed. We’ll have to wait and see what role Tyrone’s mother ends up playing in her son’s life before he ends up on the run, but according to Coming Soon‘s report, Mrs. Johnson “invests every aspect of her being into giving her son the life she believes he deserves.” Plus, Miles Mussenden has been tapped to play Mr. Johnson, described as a man “who trudges through his desk job to keep his family safe and happy.”

In addition to these family members of the main cast, three more roles have been cast as well. Carl Lundstedt will play Liam, described as “salt-of-the-earth townie who operates as Tandy’s partner in crime while moonlighting as her boyfriend” (presumably he only moonlights as Tandy’s boyfriend until Tyrone shows up and the real love story begins to unfold). James Saito of Life of Pi has been cast as Dr. Bernard Sanjo, who has a “most unusual relationship” with Tyrone and has served as “an emotional cornerstone in Tyrone’s life.” Lastly, J.D. Evermore of True Detective and The Walking Dead has been cast as Detective Connors, who is described as “a contradiction of a man, embracing an intimidating persona that overcompensates for a secret he keeps close to the vest.”

What’s interesting is that all three of those characters appear to be new inventions on the part of the writers; I can’t find any information about them having been referred to in previous Cloak & Dagger comics, although I could be wrong. If they do exist, they definitely aren’t major players, because I can’t find any reference to them online, other than in casting announcements for this new TV show. This suggests that Marvel might be re-inventing the wheel when it comes to the backstory for these characters.

That could ultimately be a good thing, particularly given the many concerns that have been raised by fans in the past about how Cloak and Dagger’s relationship seems stereotypical in many ways. Given that Gina Prince-Bythewood, the director of Love & Basketball, is helming the pilot episode, it seems worth hoping that this new iteration of their story could be a compelling watch.