Billionaire Rumored To Be Building A Real Jurassic Park 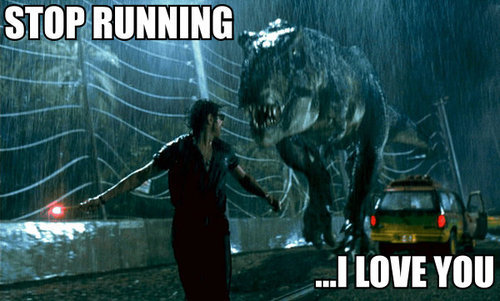 If you’ve ever seen Jurassic Park, you probably remember the film’s major take-away point: don’t build a theme park full of cloned dinosaurs. You know, because dinosaurs! They’ll eat you! You can’t outrun a raptor! Unfortunately for the world (but fortunately for us nerds), billionaire Clive Palmer has either never seen Jurassic Park, or has too much money to care, because rumor has it that he’s going to try to clone a dinosaur from DNA so he can set it free in his new Palmer Resort in Coolum, Australia whether we like it or not. Let’s just hope he hires a better dinosaur supervisor.

According to Sunshine Coast Daily, while Palmer has not released an official statement, a source close to the billionaire revealed that “he has been in deep discussion with the people who successfully cloned Dolly the sheep to bring his dinosaur vision to life.” Plans for his resort are also said to include “20-story sky needle and a giant, London Eye-style ferris wheel.”

Of course, any claim with the words “dinosaur” and “clone” in it is bound to be met with skepticism — according to The Brisbane Times, another source close to Palmer categorized the rumors of a Jurassic Park-style amusement park as “absolutely ridiculous.” But hey, this is the same guy that plans on building a functional replica of the Titanic, so maybe “absolutely ridiculous” isn’t a far off label for this eccentric billionaire.

So what’s it going to be, Palmer? Are you going to clone the world some dinosaurs, or will we have to be content with traveling to Universal Studios and riding the Jurassic Park ride? If you do build this park, will you be using a Unix system? Is this even possible? There are just so many questions!

But really, if this turns out to be a real thing, would you go? Or would you stay far, far away, knowing that the park would always be one power shortage away from a T-Rex on the loose?