“Two Bills, One Selfie” Could Be Incredibly Disgusting Reference, Please Tell Us It’s Not 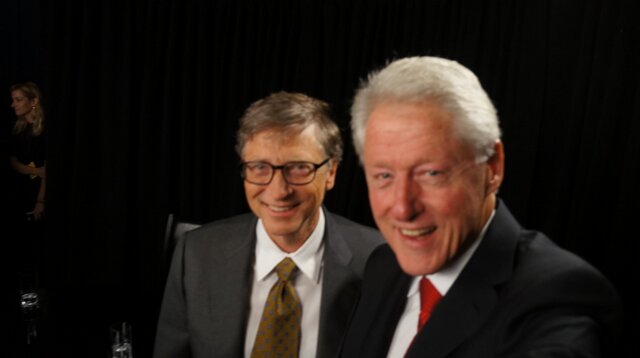 Bill Clinton has only been on Twitter a few months, and he’s already taking selfies just like those crazy kids. The difference is that Clinton’s selfies always feature a former president, and sometimes feature Bill Gates. Unfortunately, Clinton’s caption was “Two Bills, one selfie,” which is potentially the grossest reference ever made by a former President.

Two Bills, one selfie. Already having fun at #CGI2013 MT @BillGates A @billclinton selfie as we sat down to talk http://t.co/iK4Y7tGFIY

Alright. “Two Bills, one selfie.” might not be a reference to the grossest video ever to appear on the Internet.* Our minds just might be going to worst place possible after seeing the, “Two [somethings], one [anything]” format, but we probably wouldn’t assume what we’re assuming had it come from any other former president, but Clinton’s earned a reputation as a bit of a perv.

If any president saw that video, it’s probably Clinton.

This could very easily just be unfortunate phrasing, but please, President Clinton, get a young social media analyst to look over your tweets so you don’t come across like a gross old man whether you’re doing it intentionally or not.

*If you don’t know what we’re talking about here, please do not seek this information out. You do not need to know everything. Your life is better for not understanding this reference, and we don’t mean this hyperbolically. We envy you. Let this one go.

If you do know what we’re talking about…