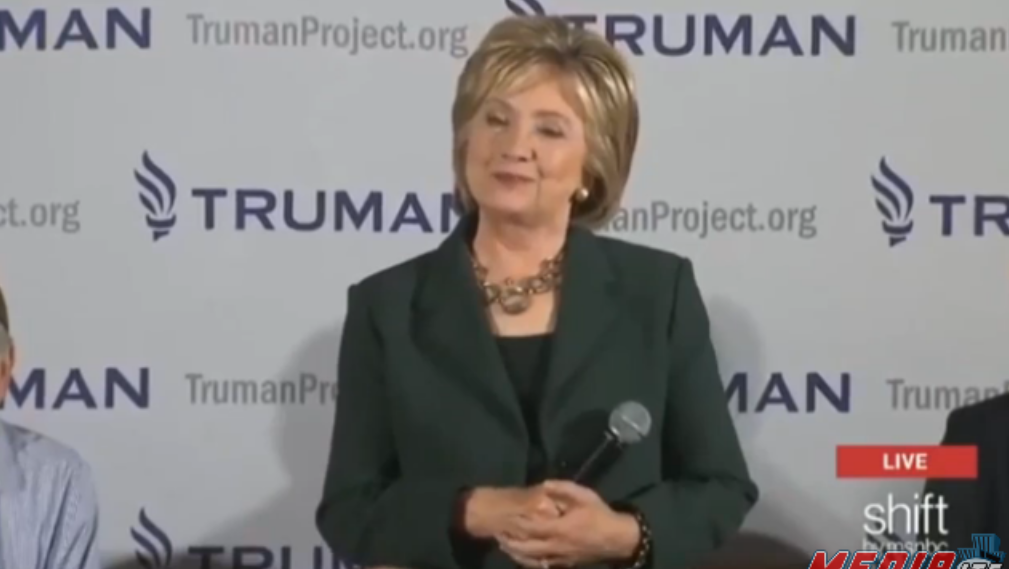 During a question-and-answer period yesterday, a Hillary Clinton supporter brought up GOP candidate and former Hewlett Packard CEO Carly Fiorina. A veteran who was fired from the company during Fiorina’s tenure as CEO, the supporter stated: “She says she’s a great CEO. Every time I see her on TV, I want to reach through and strangle her. I know that doesn’t sound very nice.”

Clinton responded by laughing and telling the man, “I wouldn’t mess with you,” which, in the gamut of impulsive responses she could have had, wasn’t ideal. Should she have laughed at the supporter’s comment? Obviously not, and considering she’s currently running for president, nervousness or confusion aren’t really an excuse. But Clinton’s mishandling of the man’s remark isn’t as depressing to me as the GOP’s attempts to capitalize on her fuck-up.

By laughing off a male questioner’s desire to strangle Carly Fiorina, Hillary Clinton and the Democrats have lost all credibility claiming to be a party that stands up for women. Jokes about committing acts of violence against women are always in poor taste and should be condemned every time.

[…] double standard in the way conservative women are treated versus liberals like Hillary Clinton.

Imagine the same thing had been said about Hillary Clinton during a Republican event, and the candidate failed to admonish the speaker. We’d be hearing about misogyny and violence against women from every major news outlet for the next decade.

But that’s a false equivalence considering Clinton has a vocal history of supporting women’s rights in a way that none of the GOP candidates have, a history that isn’t negated by a single momentary slip-up. Donald Trump’s period shaming or the GOP candidates’ spectacular ignorance of female historical figures aren’t concerning just as isolated incidents; they’re concerning because they’re indicative of the party’s systemic sexism.

Besides, Clinton’s laughter and Trump’s hatred of high-profile women aren’t comparable—having an inappropriate spur-of-the moment reaction in which you appear to condone a remark made by someone else is very different from repeatedly criticizing women for their looks or biological functions.

The GOP has a lot of gall (or must think women have the attention span of goldfish) to respond to yesterday’s incident with a statement about the importance of protecting women. If women’s safety actually mattered to Republicans, they’d have a track record to prove it, one that wouldn’t include defunding Planned Parenthood. Don’t claim you’re a “party that stands up for women” when you only invoke our rights to take another woman down.

(via Mediaite and CNN)