US House Votes to Defund Planned Parenthood | The Mary Sue 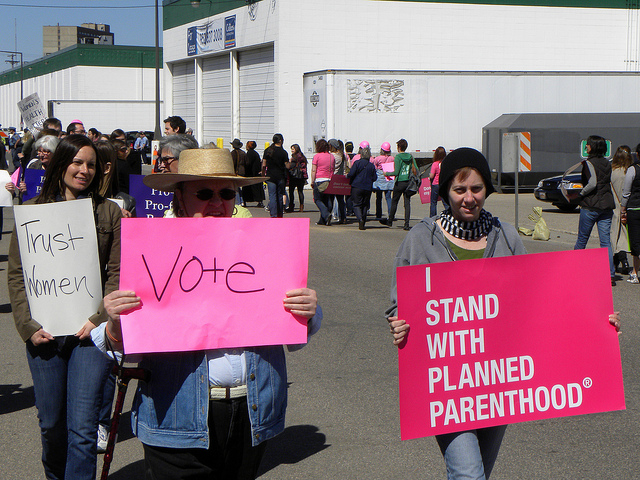 In something out of a dystopian nightmare, the US House of Representatives has voted to stop federal funding to Planned Parenthood for a year.

In a vote of 241 to 187, the House voted to stop funding PP in order to investigate supposed wrongdoing by the organization (like illegally harvesting human tissue, which has already been discredited/debunked). Now, this particular vote might not mean anything long-term, as the bill still has to pass the Senate, and will likely be voted down. In a statement from Capitol Hill:

The House vote represents the first time that congressional Republicans have approved legislation to defund Planned Parenthood in the wake of this summer’s undercover video controversy. The vote is largely symbolic, as Democrats are expected to block the bill in the Senate.

House GOP leaders hope the legislation will help avert a government shutdown by appeasing the dozens of conservatives who have pledged to defund Planned Parenthood at all costs. Lawmakers have five legislative days left to pass a spending bill and stop the shutdown that GOP leadership is aggressively working to avoid.

However, it goes to show the lengths to which Republicans will go to hurt PP. And in case you were wondering – yes, the vote was 239 Republicans in favor and 2 Democrats. (PS – the Democrats who voted in favor of the bill were both men, natch. If this affects your politics, their names are Rep. Dan Lipinski of Illinois and Rep. Collin Peterson of Minnesota. Vote accordingly.)