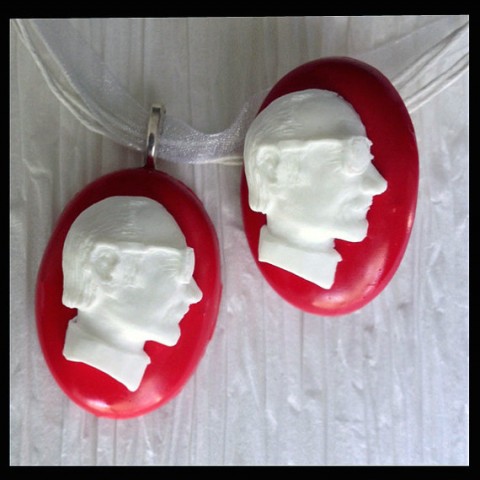 Ha ha see because it’s a pun, or play on words, between the setting of a carved relief like a portrait onto a background of contrasting color to create an art piece or item of jewelry, and the more often used meaning of a small but significant role for a famous or infamous person in a larger work of art.

So get your own Stan Lee cameo from Geek Cameos Etc.