Another problematic fav from Kevin Smith. 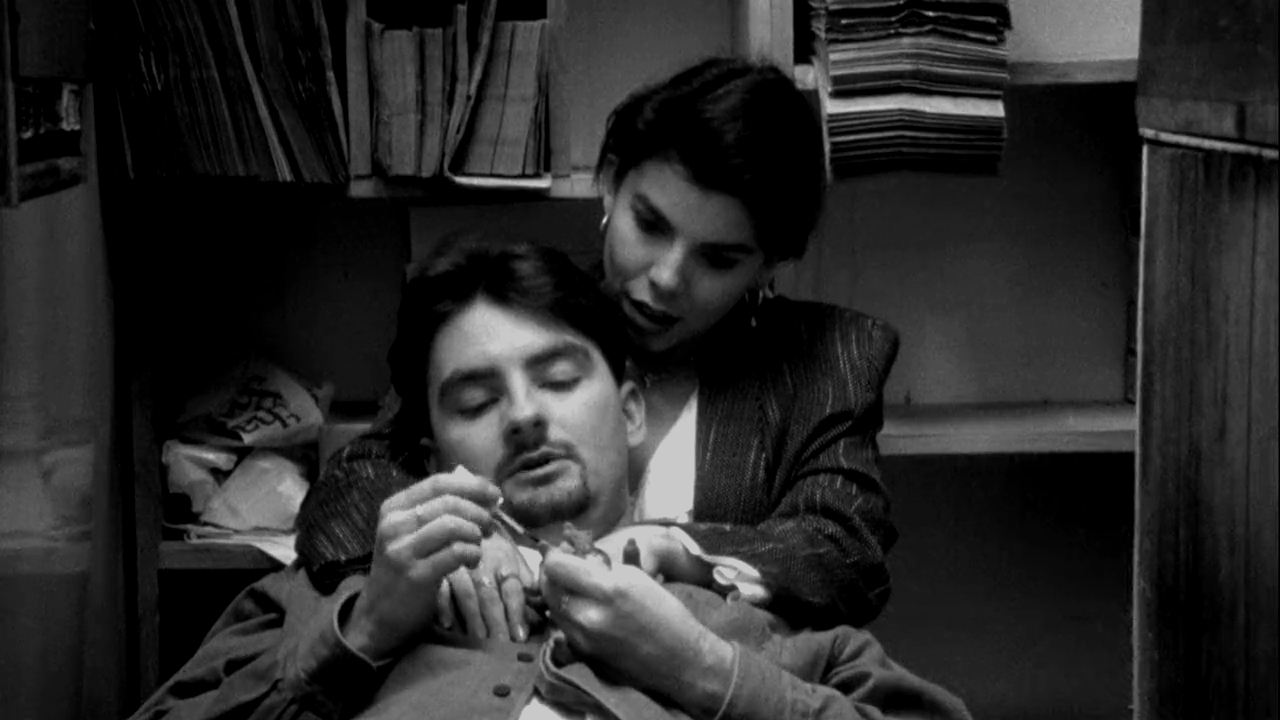 Since I’ve written about both Dogma and Chasing Amy, it’s probably not a shock that I am a huge fan of Kevin Smith’s first feature-length film, 1994’s Clerks. It was not the first of Smith’s films that I personally saw, but it is one of my favorites in his oeuvre, and I even have a lot of love for Clerks 2, which is why the news that Clerks 3 is coming out made me return to the indie feature that started it all.

Clerks is, without a doubt, a hilarious movie, but I think the thing I love most about it, and what endears me to Kevin Smith as a creator, is the subtle ways he calls out men on their bullshit hangups about sex and love.

Let’s talk about that infamous “37” scene. In the movie, our lead character, Dante (Brian O’Halloran), has his girlfriend, Veronica “Ronnie” (Marilyn Ghigliotti), hanging around his job. When she’s there, a guy comes in who’s called “Snowball” because of a particular oral sex act he likes. Ronnie admits she’s done it, and Dante flips out, slut shames her, and makes comments about how her doing that makes him feel sick. Dante develops this hangup about the whole thing that makes him consider cheating on Ronnie with his ex-girlfriend.

What’s really interesting about this sequence is how Ghigliotti’s entire body language shifts when Snowball appears. She’s nervous, starts fiddling with her hands, and makes it repeatedly clear that Dante is her boyfriend and how much she’s into him. When Ronnie sets up the conversation about Snowball, she first tests the waters, bringing up her friend before admitting that she’s the one who “snowballed” the guy.

Dante rages that she only mentioned having sex with three guys, and Snowball wasn’t one of them, and Ronnie explains that she didn’t sleep with every guy she hung out with, but she did date, and if she liked someone, she would go down on them—something she didn’t include in that count. Dante screams at her to tell him how many men, and Ronnie says she didn’t freak out when Dante told her how many women he’d been with, to which he responds, “That’s different. This is important.”

“Every time I kiss you, I taste 36 other guys.” Why? She doesn’t think about the 11 other women you’ve been with?

As Silent Bob, Kevin Smith himself, aptly puts it: “You know, there’s a million fine-looking women in the world, dude. But they don’t all bring you lasagna at work. Most of ’em just cheat on you.”

Dante ruins a great relationship because he’s too stuck in his own head, and that’s sad because Veronica was a good girlfriend.

Well, he gets to be with Rosario Dawson in Clerks 2, so at least he didn’t pay for his sins forever.

But it’s that bit of commentary that makes Kevin Smith one of my favorite writers. He gets how to really highlight those hangups in a fun way that you don’t even realize is telling you to do better until you really let it sit with you.