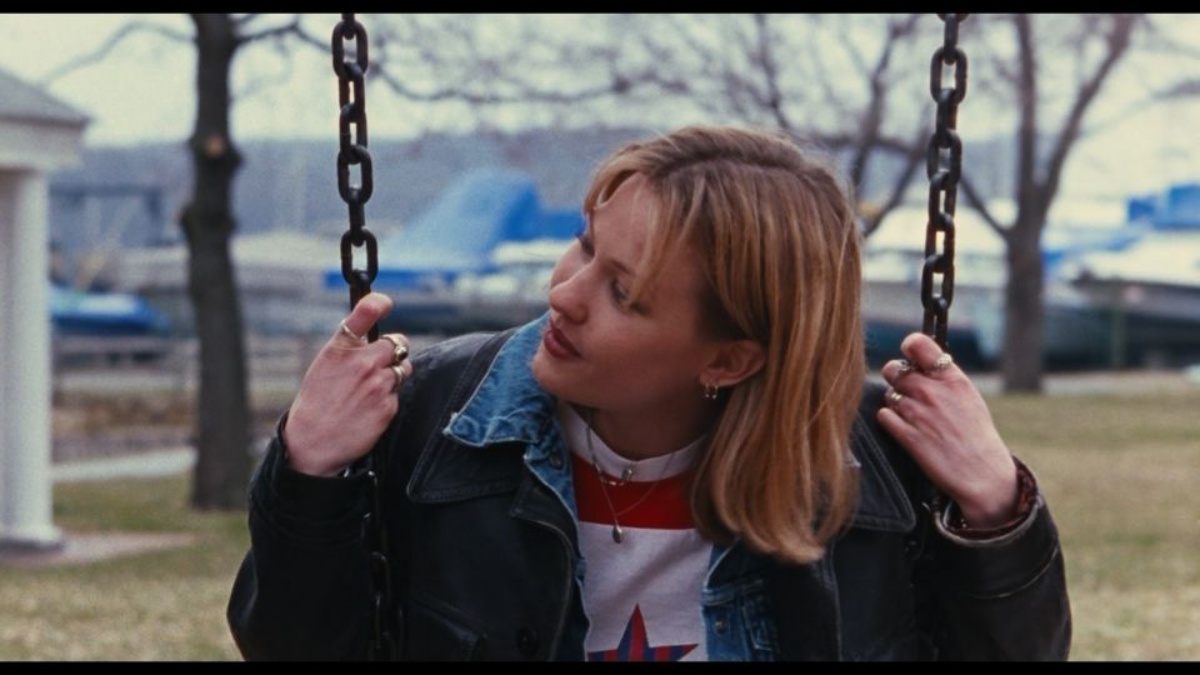 Bisexual representation has been on the rise, more so with female bisexuality than male, but it is showing up more and more in movies and especially television.

When I was coming to terms with my own bisexuality there were a lot of “problematic” movies and films with bisexual characters that I’d been prepared for, like Maureen from Rent*. I think when it comes to representation of sexuality, especially in stories not written by someone of that sexual orientation, there are times when the author can either miss the mark or accidentally make something really profound. The latter is how I feel about Kevin Smith’s 1997 movie Chasing Amy.

Chasing Amy was Kevin Smith’s third film after Clerks and Mallrats, and takes place in the “View Askewniverse” that also includes the Jay and Silent Bob joints and one of my favorite movies, Dogma.

Amy is about a male comic book artist named Holden McNeil, played by Ben Affleck, who falls in love with a “lesbian” comic book writer named Alyssa Jones (Joey Lauren Adams). Holden’s best friend Banky Edwards (Jason Lee) is also a comic book artist (inker/colorist—not a tracer) and you find out about him being gay at the end of the movie.

I’d heard about the discourse about Chasing Amy before I’d ever seen the movie. While I enjoy Kevin Smith movies, I didn’t get into them properly until college, so when I was made aware of the issues that lesbians have with the movie Chasing Amy, I was prepared to be like “okay this is gonna be a problem,” which is why it was very jarring when I found myself deeply relating to Alyssa Jones.

Now to be clear, I respect and understand why Alyssa is a character that many lesbians and other queer women find offensive. The myth that all a woman needs is ‘good dick’ and they will be ‘cured’ of their homosexuality is a harmful and deeply problematic stereotype that still hasn’t gone away. That being said, looking at Alyssa from a bisexual perspective, she hits on a lot of things that bisexual women still have to deal with when navigating partners.

Holden’s infatuation with Alyssa is instant—he feels they have a connection, and is disappointed when he finds out she is a lesbian. He spends a lot of their earlier conversations trying to deconstruct female/female sex, asking if she’s still a virgin and having to unpack what it means to be a “virgin.” Is it the loss of the hymen (you can lose it without sex)? Or penetration (penetration doesn’t always mean a penis or phallic object)? Holden’s answers are, as Alyssa puts it, “completely naive and infantile.”

Alyssa is hurt by Holden’s slut-shaming of her for her past, but also confused as to why he has no problem with her “sleeping with half the women in New York City” but has a problem with her having been experimental ten years ago in high school. He wants Alyssa to be an image of the perfect woman and minimizes her same-sex relationships, while making a big deal about her relationships with.

There are men who view bisexual women as attainable lesbians. Slightly kinky, open to threesomes with two women, and someone who they can lust after women with, but ignore the side of them that is attracted to men. The type of guys who don’t consider it cheating when their girlfriend sleeps with another girl, but it is cheating with another guy. They may see themselves as open-minded, but all it proves is that, like Holden, they have a naive and infantile view of female sexuality.

When Holden comes to pick up Alyssa, a woman in a bra basically calls Holden out on his “tactic” of thinking that if he’s the “right man” he can fix Alyssa’s lesbianism.

You’ve got it in your head that Alyssa’s not really into chicks—that she just hasn’t met the right man. And you believe you’re it. That is so cute. You’re going to treat her right, fuck her like a stud, and “straight-jacket” her back from the land of the lost. And the sad truth is that you’ll accomplish none of that and wind up as either an even more bitter misogynist or a reverse fag-hag.

All of what she is saying is valid, and while she is being placed in an antagonistic position versus Holden, this is a mentality that lesbian women have come face-to-face with for most of their lives. For Alyssa, her getting involved with a man again is not just a new relationship: “I can’t just get into a relationship with you without throwing my whole fucking world into upheaval.”

What she means is the loss of her community of fellow queer women. For them this will be a betrayal and it is reflected in the scene where she tells her lesbian friends that she is dating Holden and they all leave, and Tory says “Another one bites the dust.”

A lot of people view bisexuality as a split 50/50 attraction and there are a lot of dated definitions about bisexuality that I don’t think quite cut it, but from most bisexual women I speak to their attraction isn’t to gender, it is to people. However, many bisexual women I’ve spoken to talk about how they often end up dating men because it’s “easier.” Not easier in terms of homophobia, but because sometimes lesbians will say they are not “queer enough” or dismiss their attraction to women as less valid because they are also attracted to men. Plus the fear that they will, eventually, leave their female partners for male partners.

Of course, not all lesbians feel this way, but it is a part of many bisexual women’s experience, and there is a reason why terms like “gold-star lesbian” exist. So I understand, especially in the 90s, why a woman who mostly finds herself dating women and never really finds herself being attracted to dudes as often would be like “I’m just gonna call myself a lesbian—that’s easier and people understand what that means.”

Alyssa Jones’ story is in many ways a perfect encapsulation of biphobia in both straight and queer communitie,s and while I think Kevin Smith is a good and thoughtful writer when he tries, I think it is mostly by accident.

One of the things that made me love Smith’s work is how he is able to show men’s toxicity around women’s sexuality. Clerks does this really well in the “37 dicks” scene.

Chasing Amy is really about a straight man coming to terms with his own insecurity and weakness when it comes to female sexuality. He allows his ego to stop him from being in a loving relationship. Alyssa is a way for his character to go on that journey and it really only happens because Smith is not concerned with making a gay movie about representation, he’s making a movie about male fragility.

That distance allows him to go into these things in a way that I think we in the LGBTQ community aren’t really trying to do right now. We are so in need of representation, that it came sometimes seem like a losing game to try and now discuss infighting amongst ourselves. Even when biphobia does come up, it is never really broken down on both sides. grown-ish tried to do it but flopped when it came to dealing with male bisexuality.

Chasing Amy is still a really problematic film, because how could it not be, but that doesn’t make it valueless. For me, Chasing Amy reminded me of how hard it was for me to come out as bisexual because I didn’t know I had a choice between being a lesbian and being heterosexual. I thought I had to pick. Bisexuality was me saying I’m not closing myself off to the possibility of love regardless of sex/gender. I just want a person who will play Magic: The Gathering with me and doesn’t mind that I am weird.

*For the record, I think that Maureen is a fun character and if Joanne is so jealous she shouldn’t be with her.