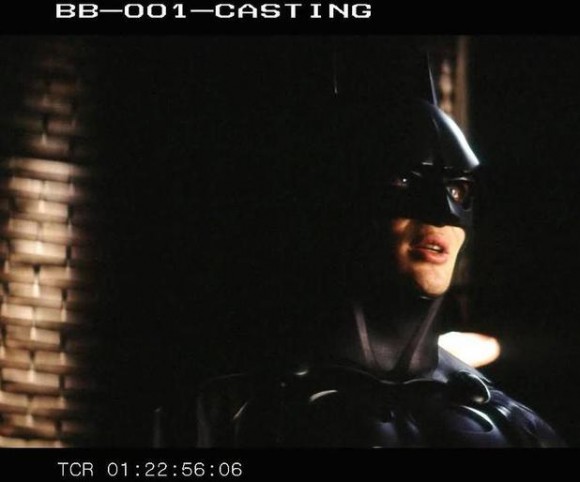 The Dark Knight Trilogy: Ultimate Collector’s Edition continues to deliver new delights. Yesterday, it was footage of Christian Bale in this costume, talking, to, of all people, Amy Adams. Now, this screenshot of Cillian Murphy (who would play the role of Jonathan Crane/Scarecrow) auditioning for the pointy ears.