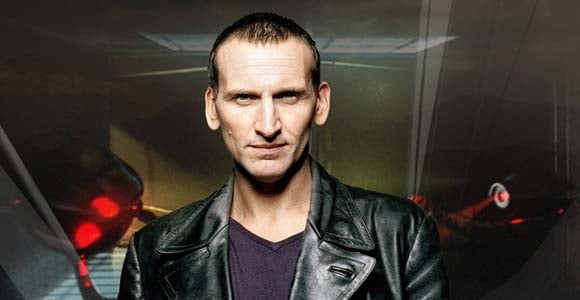 Ok look. I know people are mad about Matt Smith these days but we owe a great debt of gratitude to Christopher Eccleston for playing a part in relaunching Doctor Who in 2005. With the big Who anniversary coming up next year, fans have been speculating just how many Doctors will be returning to the show. So far, all signs have pointed to Eccleston not making a return but thanks to some new quotes we can speculate he might give it a go. We also have some news about the upcoming Christmas Special and how the alternate-Ninth Doctor, Richard E. Grant, could factor in.

Last year, Eccleston reiterated his reasons for leaving the long-running sci-fi show. Namely, politics. “I did not see eye to eye with them. I didn’t agree with the way things were being run,” he said. “I didn’t like the culture that had grown up around the series. So I left, I felt, over a principle.” He also alluded to there being some on-set bullying on behalf of a director.

So with that in mind, how could anyone think he’d come back? Well, he didn’t feel his job was completed as an actor. A report from a recent Q&A at the National Theatre said:

In response to a question about whether he felt he’d taken the character as far as he could he (very tellingly) said he felt that one series isn’t enough to get under the skin of the character and that if he’d had two or three series he’d have developed the role considerably. He said that if you looked at the other Doctors (with the exception of Tom Baker) you can see them working out how to play the character through their first series because it’s such a complex and challenging role. He said several times that there was more for him to do with the character…

Besides Eccleston wishes to do more with the Doctor, fellow Time Lord Smith hopes the actor will join him for the 50th anniversary. “Who knows? I’d love it. I’d love him to come back,” said Smith. “I love his Doctor. I really do. He was from Manchester. Proper hard. Leather jacket. He’d give my Doctor a bit of a whopping, wouldn’t he?”

No doubt about it, I think.

In other news, Richard E. Grant will be guest starring in this year’s Christmas Special along with Smith’s new companion, Jenna-Louise Coleman. The actor is best known to serious Whovians as the actor who was the first official 9th Doctor. He voiced the Time Lord in 2003’s animated Scream of the Shalka. He quickly became unofficial once the BBC announced plans to relaunch the regular series in 2003 but he was also part of a Red Nose Day charity telethon spoof titled The Curse of Fatal Death, in which Rowan Atkinson played the 9th Doctor, Grant the 10th, Jim Broadbent the 11th, Hugh Grant the 12th, and Joanna Lumley the 13th. And yes, it is on YouTube if you’d like to give it a watch.

As to the Eccleston speculation, there is one other hiccup now. We recently learned he’d be taking on the role of Malekith the Accursed, the villain in Thor: The Dark World. That’s likely to keep him busy around the time the anniversary specials are filming.