That Was Actually Chris Hemsworth as Frog Thor on 'Loki'

Yes, That Was Actually Chris Hemsworth as Frog Thor on Loki 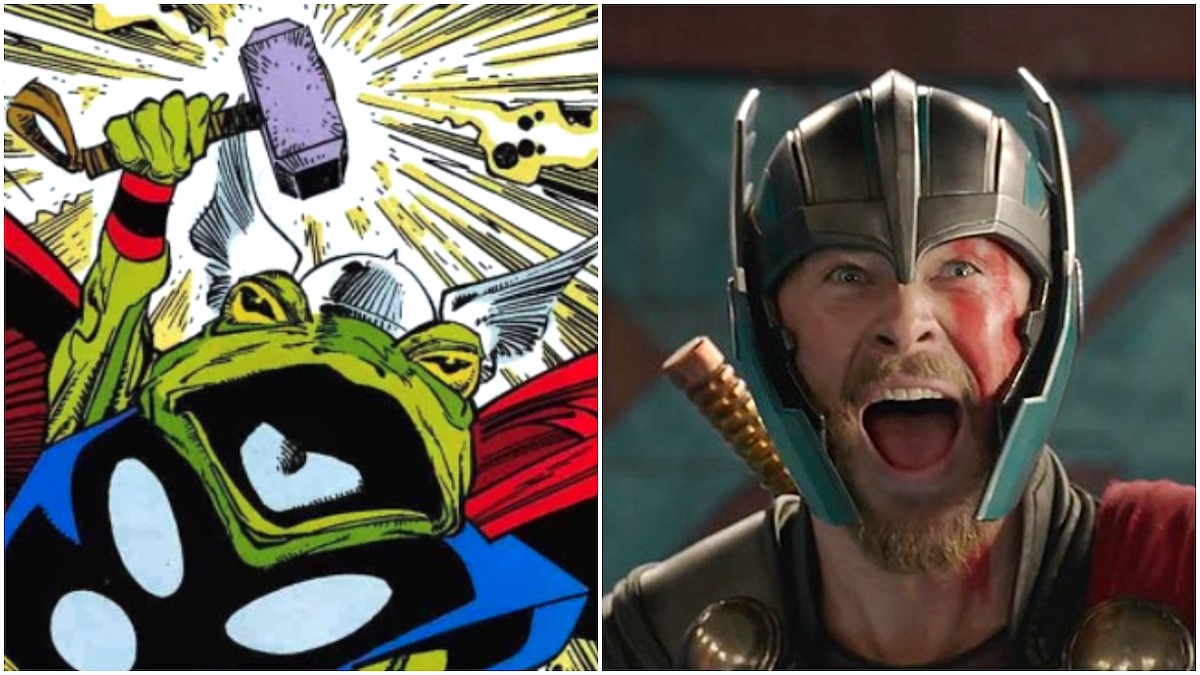 A special treat for comics fans was tucked away in Loki episode 5. “Journey Into Mystery” was already packed with Easter eggs and nods to elements from Marvel’s pages, starting with its episode title, which references the first comics that The Mighty Thor and Loki appeared in. But along with Thanos Copter, Qeng Tower, and multiple Loki variants, it was Frog Thor—or “Throg”—that began trending in the early-morning hours after the episode aired.

The amphibian God of Thunder, who has popped up in a few storylines over the years, has long been a fan favorite and somewhat of an in-joke. So it was a delight to catch a glimpse of him as we panned down into the Lokis’ underground lair. Throg was apparently captured by a Loki (could it have been our savior Alligator Loki?) and trapped in a jar. (It’s also possible Throg was pruned and jarred by the TVA.)

Kitted out in full Thor gear, Frog Thor jumped around in vain, trying to reach his hammer Mjolnir, and you can hear his expression of frustration. What we couldn’t have guessed, however, is that the production actually enlisted Thor actor Chris Hemsworth to voice said Throg. It’s the little things, folks. 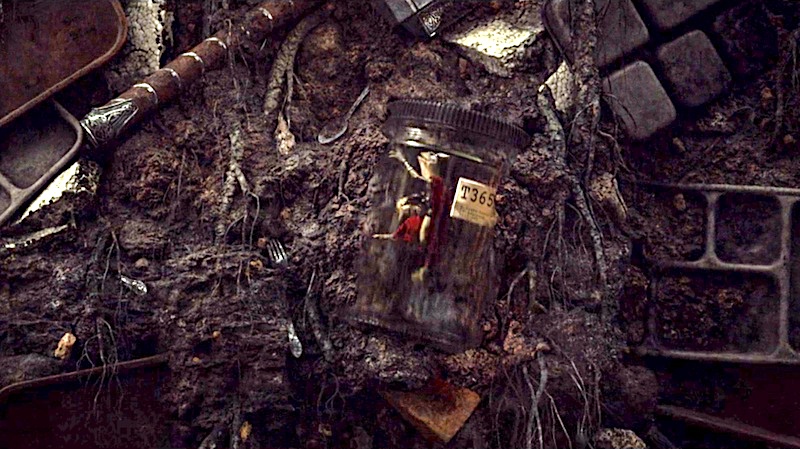 In an interview with For All Nerds, Loki director Kate Herron revealed that Hemsworth recorded the new “dialogue” for the scene.
“We recorded Chris Hemsworth for that, by the way. His voice going ‘Ahhh!’ That’s a whole new recording,” Herron explained. “Not recycled. He recorded that.”

We love this attention to detail and the idea of Chris Hemsworth doing multiple takes of exclaiming while envisioning that he is in fact a frog version of Thor trapped in a jar in the Void. You can’t make this stuff up.

If you’re wondering why “#ReleaseTheThrogCut” is an active tag, that’s because prior to the Hemsworth news, we also discovered there’d been even more Throg planned for Loki. Series producer Eric Martin does a regular rewatch retrospective for fans on Twitter each week that he tags as #LokiMidnightTheater. For “Journey Into Mystery,” he revealed that a scene featuring Frog Thor in the very first episode didn’t make it to air.

Comic fans will notice the Frog of Thunder in that jar. We actually shot a scene for the Time Theater in Ep 1 of Loki getting pummeled by Frog Thor, but had to cut it to keep things moving. It’s too bad, because Tom was funny as hell. #LokiMidnightTheater

As excited as I was to see this Tweet, it raises some questions. I assume Martin is referring to when Loki watches the TVA’s reels of his past and the future this Loki never experienced. Those reels consisted of scenes directly from the movies, so I’m intrigued that there was an additional Throg scene filmed, especially a comedic one—the reels are mostly filled with tragedy and loss.

This suggests that maybe there were some flashes of humor initially where Loki or Mobius are zipping through the reels and we see this “Loki getting pummeled by Frog Thor” moment. I’m curious if there were other scenes from the brothers’ more distant past and misadventures filmed as well.

Although Frog Thor as we see him here hasn’t been in the MCU before, in Thor: Ragnarok, during the performance of a play written by Loki, there’s a line that “Loki” (Matt Damon) says to “Thor” (Luke Hemsworth): “Sorry about that time I turned you into a frog.” Later in the movie, Thor tells a story about Loki turning into a snake to trick him at a young age. So Thor and Loki involved in amphibian and reptilian shenanigans was already canon in its way.

Fans excited by Martin’s revelation then began Tweeting “#ReleaseTheThrogCut” in the hopes that we’ll get a chance to see this epic moment play out someday. Tom Hiddleston hamming it up while Frog Thor lays the smackdown?! Please and thank you.

Here are a few more tidbits we loved from Martin’s “Journey Into Mystery” thread, primarily concerning Throg’s possible nemesis, the perfection that is Alligator Loki:

If you’re interested in what it’s like to get teary-eyed watching ⁦@RichardEGrant⁩ act opposite a blue alligator plushy, I’ll be live tweeting Ep 5 of LOKI tonight. #LokiMidnightTheater pic.twitter.com/u8QkrW52Ej

Someone asked if the #AlligatorLoki plushy was actually used in the action and the answer is YES and here’s the proof. #LokiMidnightTheater pic.twitter.com/pSBZZjk5qa

Okay, now we’re coming to my favorite set of the series. @kasrafarahani literally bought a bowling alley in Omaha and had it shipped out to Atlanta to be turned into The Loki Palace #LokiMidnightTheater pic.twitter.com/1tDARVqrjc

Tom had a lot of fun with President Loki. He spent the night before coming up with all sorts of hilarious alt lines, but we settled on “beef-witted, half-faced scrubs” #LokiMidnightTheater

While #AlligatorLoki is wholly a creation of @michaelwaldron’s weird mind, we did have a real world visual reference for him. Meet Wally: https://t.co/W012OlwtEU

In-between his scenes, Richard would just hangout on set and kick back for a nap on the ground. No fuss at all. Just wanted to stick around so he’d be around when were were ready to shoot. #LokiMidnightTheater

A portal to the end of time. I wonder if anyone has any theories about what Loki and Sylvie will find there. #LokiMidnightTheater