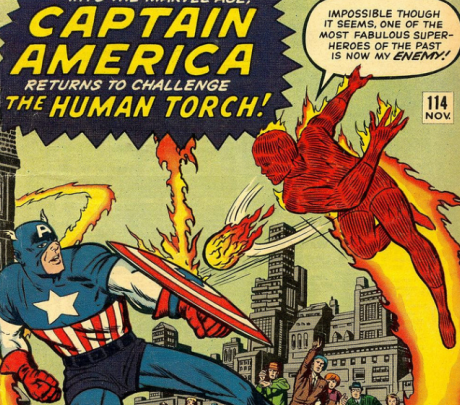 A few weeks ago, we passed along Heat Vision‘s fairly convincing proclamation that Chris Evans had been offered the role of Captain America in the coming 2011 movie of the same name; now, there’s no longer any need for a question mark at the end of the title.

Today, Marvel has officially confirmed that Chris Evans will be the next Cap.

Heat Vision: (they are on this)

The CAA-repped actor, who did not screen test, already has a relationship with Marvel, having starred as Johnny Storm, the fire-covered superhero in the two “Fantastic Four” movies that Fox released in 2005 and 2007.

Not at all recently revealed, but we feel the need to bring it up every time we write about Captain America trade shoppy stuff: Hugo Weaving is going to be Red Skull, w00t.