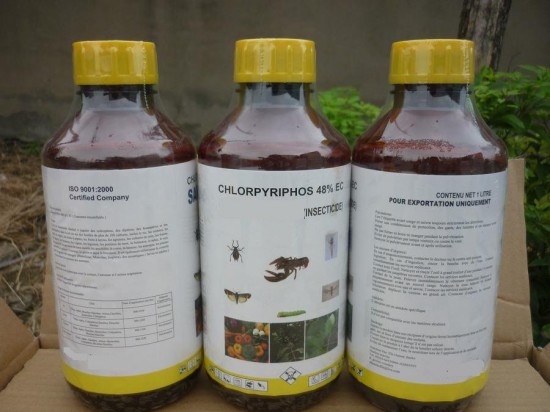 A 2011 study determined that children who had been exposed to the insecticide Chlorpyrifos in the womb had a markedly lower IQ at age seven than those children who had not been exposed. However, a recent follow-up study conducted by researchers at Columbia Center for Children’s Environmental Health found that the negative effects of Chlorpyrifos are only found in males who came in contact with the chemical; females, on the other hand, are unaffected. The study also evaluated the impact of nurturing parenting on working memory, a good indicator of IQ in children.

Megan Horton, PhD, led this most recent study to revisit last year’s findings and explore the possibilities that gender or the home environment had any effects on the observed symptoms. Dr. Horton observed 335 children who were known to have been exposed to Chlorpyrifos in the womb, as well as observed a group of children acting as a control. The team evaluated the children at age three based on the “Home Observation for Measurement of the Environment” or “HOME” criteria, which involve such aspects of the home environment as the presence of intellectually stimulating materials and the amount of parental encouragement. After assessing and recording these data, the researchers tested the children’s respective IQs at age seven. The results proved peculiar.

After testing the children’s IQ, the team found that boys who ranked higher based on the HOME criteria had, on average, a greater IQ increase than that of girls in simliar environments. Even more strange was the fact that, regardless of HOME criteria evaluations, boys who had been prenatally exposed to Chlorpyrifos scored lower than girls who had also been exposed to the chemical in the womb.

What does this tell us? Dr. Megan Horton was quoted on Science Daily as saying:

“There’s something about boys that makes them a little more susceptible to both bad exposures and good exposures. One possible explanation for the greater sensitivity to chlorpyrifos is that the insecticide acts as an endocrine disruptor to suppress sex-specific hormones. In a study of rats, exposure to the chemical reduced testosterone, which plays a critical role in the development of the male brain.”

Chlorpyrifos has certainly been proven to exhibit negative neurological effects on boys. While girls do not appear to be affected in the same way, it’s worth mentioning that this study did not explore other effects that the insecticide might have on exposed children. Areas such as physical and immune system development were not tested for in the study. The United States’ most common agricultural insecticide may have other just as serious, but more subtle effects on early development.