Studies Show Insecticides Not Only Kill Bees, But Inhibit Reproduction as Well 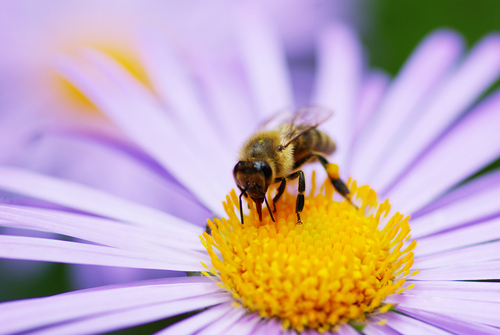 Recently, bee populations have been suffering from a number of problems. A combination of viruses, insecticides, and parasites have been thinning out their numbers. While it hasn’t been a problem to notice that this is happening, it’s been more challenging to figure out why it’s happening. A question worth answering. Two studies in this week’s issue of Science have explored the ways a certain kind of insecticide — neonicotinoids — is responsible for the shrinking number of bees. Turns it that it is not only killing them directly, but also severely limiting their ability to reproduce.

The first of the studies was largely concerned with a neonicotinoid called imidacloprid and its effects in the hive, an especially pertinent question considering that the use of imidacloprid is approved in 120 countries across the globe. The researchers exposed 75 hives to two different levels of the insecticide: low, somewhat plausible levels, and high levels that wouldn’t be seen in nature. The results were that the hives with low level exposure had a 8% lower population and those with high levels, 12% lower. The kicker though, was that both treated colonies had 85% less queens than a control group, severely limiting each colony’s ability to bolster population to account for deaths, or even break even.

The second study showed that another neonicotinoid called thiamethoxam can inhibit bees’ navigation abilities, greatly increasing the likelihood that exposed bees will die away from the nest. By strapping RFID transmitters to a number of bees the researchers discovered that thiamethoxam can actually double the number of bees that die while out on errands. The study on the whole showed that this increase was enough to severely impact hive population, especially in conjunction with other effects from other insecticides.

Bees aren’t necessarily the most popular insect out there; their ability to sting you doesn’t exactly lend them any bonus points. Nonetheless, they’re responsible for pollination on a massive scale, so the decreasing population is bound to have a ripple effect. Neither of these studies seem to propose solutions or alternatives, but the first step to solving a problem is understanding it. Hopefully we can figure out what action to take before it’s too late.