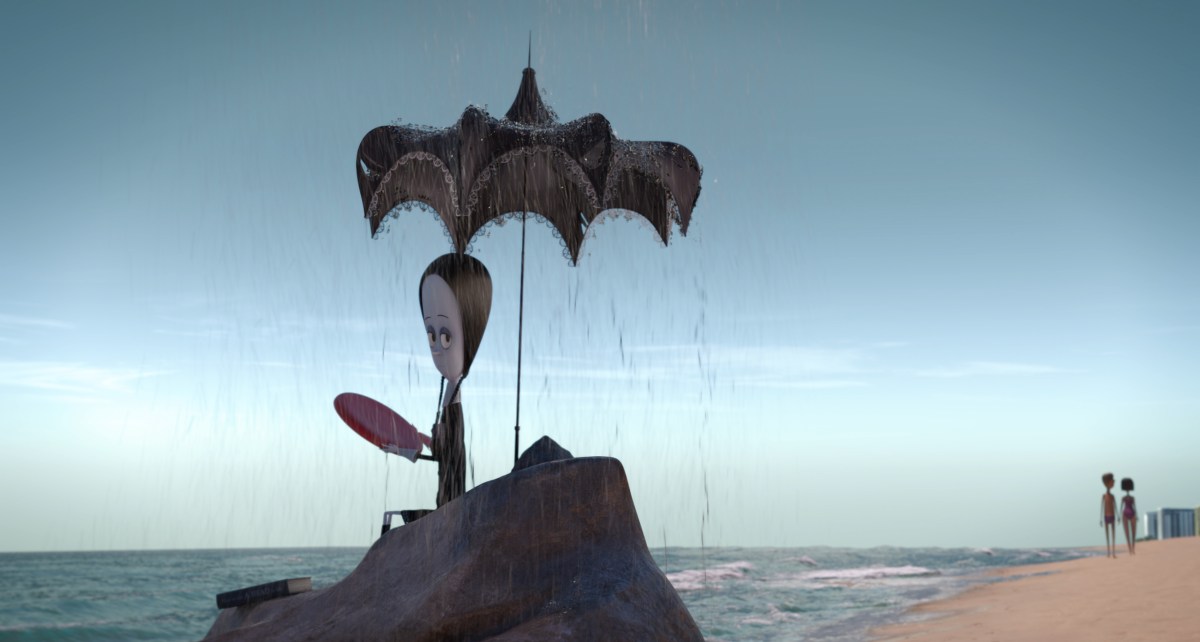 The Addams Family 2 comes to us with an animated cast crafted by the gods. This is the franchise that did finally give us Oscar Isaac as Gomez Addams, but it also gave us an incredible Wednesday Addams in Chloë Grace Moretz! The actress, who has played the snarky little sister in films like 500 Days of Summer or a badass superhero named Hit-Girl in Kick-Ass, has been around for quite a while.

And she’s no stranger to playing characters in both live-action form and as voiceover performance. But none of that held the challenge of Wednesday Addams. Around since the cartoon in the ’30s, Wednesday Addams was the dark and twisted daughter of Gomez and Morticia and someone that many young girls looked to growing up. That was only ramped up by the ’90s movies, where Christina Ricci brought her to life.

So, tackling a character like Wednesday can’t be easy, but Moretz was ready to bring her own twist to the character and get the chance to explore her again in the sequel film. She told me,

I definitely grew up with the 90s movies. Christina Ricci was my Wednesday, you know? And I connected with her so much on so many levels with her growing up with her Wednesday Addams. And so because of that, I wanted to go opposite of that in a lot of ways and try to not copy her intonation and try to not copy her version of Wednesday Addams. And I really wanted to try and have my own take on it.

Wednesday, to me, is in the same vein as Lydia Deetz in Beetlejuice in the sense that they are these darker characters (and often literally wearing all black), but they are a lot more complicated when you get to know them. Asking Mortez about what is intriguing about a character like Wednesday, she expressed how much fun she had with her.

“It’s so much fun. Growing up and coming of age as a person, I’ve always been in love with characters like that,” Moretz said, and it shows in her performance of Wednesday Addams in both the first movie and now The Addams Family 2. After all, who among us hasn’t wished that we were scary and spooky and all together ooky?

Hopefully, we’ll get to see more of Moretz as Wednesday Addams, and honestly, if she wanted to take a stab at Lydia Deetz, I wouldn’t be too upset with it. She’s one of our best young actors around, and talking with her was an absolute delight!

You can see our full interview here:

You can see The Addams Family 2 in theaters or at home on October 1st! And what perfect time to dive back in with the Addams family right before spooky season!